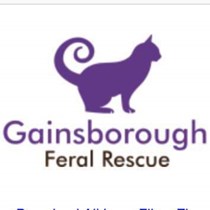 On the 3rd October 2019 we received a phonecall to see if we could help with the rehoming of 15 cats.
The owner of the cats was elderly & had recently gone into hospital. It was highly unlikely she would return.

Phonecalls to mainstream animal welfares fell on deaf ears so although we were full to bursting we went to the house to see if we could help.

Nothing could have prepared us for the living nightmare we were about to witness.

The outside pen was littered with rubbish, such as plastic buckets & broken tables on its side. The pen itself was much to small for 4 cats let alone 15. The walls and floor were thick with grime, full of cat faeces & urine that have obviously not been cleaned out for years. We couldn't determine whether the tears falling were because of what we were seeing or because the stench of urine was that strong it was intolerable.

There were cats cowered in corners, sinking into the inches of faeces just left to contaminate the ground. Others were scaling the wire mesh, calling to us to help them.

There were no water bowls, just a few empty food bowls scattered around. We learnt the cats had been left without their owner for around a month. They were fed occasionally but help was only requested now.

As we delved deeper into their history we learned their owner wasn't who she was portrayed to be. Well known in the area for acquiring cats who had homes elsewhere she had also been prosecuted & banned from keeping animals in the past.

We had already said we couldn't take another 15 cats but faced with the horrific prison they were forced to live in & worrying about the alternative it was not an option to walk away. Determinedly we got to work to trap & rescue them all.

As the afternoon wore on we managed to trap them all. Most were underweight & malnourished, some have cat flu meaning they'll all be carriers. There were cats with urine burns on their back legs & even one beautiful ginger and white with an ear rotting away. ...Tbc...

At feral rescue Gainsborough we are dedicated to rescuing the lost and forgotten. We specialise in TNRs within Lincolnshire and have a dedicated team of fosterers who socialise and re-home those that can be.