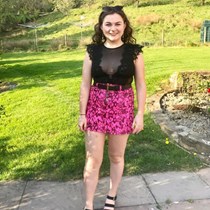 Casey was a fun, bubbly, and loving person. He had a smile that made everyone feel all warm inside. Casey is my first cousin, where we have created a number of memories together. Memories in which I’ll cherish forever💓

In July 2011 Casey was out playing football with friends in Caersws. Casey was the goal keeper and went to collect the ball from within the net. Unfortunately the metal goal toppled and fell on him, striking him across the shoulder and back. This left the him pinned to the floor, with the help of his friends they managed to lift the goal post enough for Casey to crawl from underneath it.

Casey started to loose consciousness, 999 was called and paramedics were on scene. The Welsh Air Ambulance arrived to take him to the Royal Shrewsbury Hospital, but he was pronounced dead shortly after he arrived.

Two years on since loosing Casey, on the 13th October 2013 Kelly, his 18 year old sister, at the time was travelling between Llanwnog and Aberhafesp where she crashed. Despite the emergency services working together it was devastating news to hear that kelly was pronounced dead at the scene.

In August 2020, uncle Nicky (Kelly and Casey’s father) passed away suddenly after having a blood clot on the lung.

This was unbearable news to hear for us all as a family as well as their friends. They will both be extremely missed and forever in our hearts.

Willow and I have been friends for a number of years and I couldn’t believe it when I heard the news...

On the 4th of February 2019 Willow experienced a cardiac arrest at the age of 17, this was due to an ongoing heart condition she had which meant the left side of the heart muscle is abnormally large.

At around 9pm that Monday night Willow fell to the ground as she went into cardiac arrest, luckily her amazing sister was on hand to do CPR. 999 was called, the first responders, fire service, ambulance service and police where at the scene within minutes and took over the CPR.

The sea king air ambulance were called. After 21 minutes of CPR they managed to get a shockable pulse, the town defibrillator was brought and started up her heart. Although the pulse was faint it was good enough for them to keep her alive until they got to the helicopter located in the cricket field.

Willow was taken to the Alder Hey Children’s Hospital in Liverpool where they put her into a drug induced coma, which helped with her breathing and kept her heart rate steady. With an amazing work force they kept her alive as well as saving her life.

They provided her with the medication and painkillers that let her have a truly incredible quality of life. Willow adds “I am extremely thankful to the staff at Alder Hey and I will never be able to repay them for what an amazing miracle that they have done for me and my family. I am extremely thankful for them giving me a second life, and wouldn’t be able to thank them enough.”

Therefore, in memory of my two gorgeous cousins, my uncle and also my close friend Willow, I will be doing a sky dive in August to raise money for the Welsh Air Ambulance as it is a charity close to my heart. I will also be raising money for the Alder Hey children’s hospital in Liverpool for saving Willows life. Please help me reach my target of £3,000 and donate. 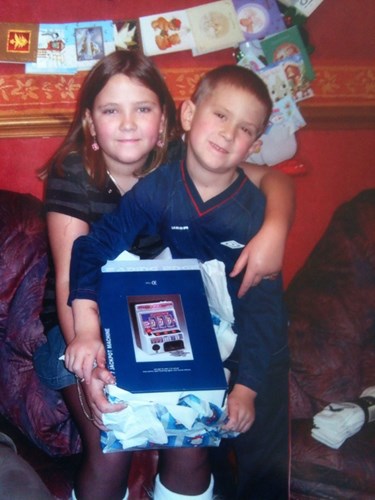