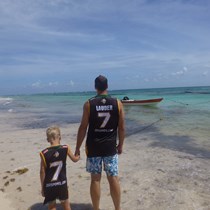 After a rigorous selection process, the final FIMBA GB o40 Men's team has been selected to represent Great Britain at this summer's European Championships in Malaga, Spain.

Nicknamed the GB Wolfpack because of their unselfish and one for all attitude, the team itself is a very talented, hard working group not just on the court but off court as well. A lot of the players are actively engaged with basketball at grassroots level, with many of them coaching local youth teams, supporting them off the court as well.

The total cost for the team is an estimated £20k, part of which has been covered by corporate partners, to whom we are very grateful. However, there are still ongoing costs for training, physio equipment and travel expenses, for which we are asking for support.

We thank you in advance for your support and hope, with your support, to do you proud in Malaga and come back with some silverware.