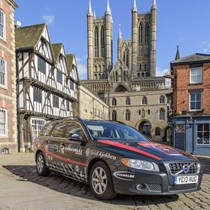 Weʼre raising £10,000 to Help fund our women's cycling team. All donations will help cover the expenses of racing in the UK and overseas

We are a UK based women's cycling team who compete all over the UK and Ireland. We plan to race in France & Belgium in 2023 if funding allows

Our first season in 2021 saw us become the best women's team in the UK with the following results:

We couldn’t do any of this without the help and support of our sponsors and the people who donated to our JustGiving page, it really does make a huge difference and we appreciate every penny

An average British Cycling National Road Series race costs the team around £800 to attend, there are usually around 8-10 rounds per season.

The Ras na mBan stage race in Ireland takes around £6000 of our budget and the Tour Series sees us spend another £5000 so as you see our race budget is around £30000.00 per year on top of the other running costs of the team.

Every penny raised from our JustGiving page is used for racing so please help our talented athletes become the best they can be.

We have now added the facility to make monthly payments rather than a lump sum.