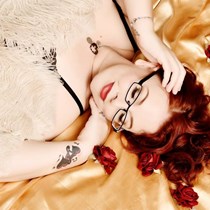 Weʼve raised £20 to My wonderful Mother died this morning 9th June 2018, we are raising money for her funeral

My Mother had a hard life, after my marrying her first husband who beat her, she had three children and divorced him. She then married my dad and he also beat her.
She had me and my younger brother with him. He suffered brain damage in an accident and she tried to carry on but his violence and mood swings were intolerable.

She raised all five of us alone while working two jobs, at over 50 hours a week. She worked for minimum wage.

She was alone for most of my life then remarried and he cheated and left her, after that she overdosed and became ill for the rest of her life.

For all her faults she worked every day of her life, never even taking her annual leave, leaving herself riddled with osteoarthritis and constant pain.

Two years ago she had a heart attack resulting in a triple heart bypass. She recovered but was never the same.

Over the last year she had five heart attacks, a blood clot in her lungs and disturbance to the electrical impulses to her heart. Last week she was hospitalised and was due to have an operation.

This morning however she suffered fatal bleeding in her bowel. She died before we got to the hospital, alone and in agonising pain, no one should die that way.

I saw her after she passed, left in her hospital bed with her mouth hanging open and the machines still bleeping.

We are not a wealthy family, one of her sons who lived with her is on a zero hours contract and the other is on long term sick due to heart disease. I am a student. She worked hard all her life and died with £500 in the bank.

I've asked for social fund help and been declined, it's upsetting and frustrating and I feel like I'm letting my Mother down in such a terrible way.

We always agreed she would be buried, not cremated. But now we are told that we don't have enough funds for a burial funeral.

We are appealing for help at this terrible time to give our mum the funeral she deserves, all we want is a coffin, a grave we can visit and a service respectful service