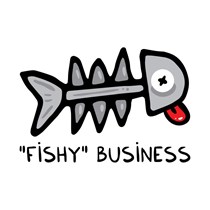 Weʼve raised £350 to To help @SaveOurLochs buy a new phone after the savage attack by a Kames salmon farmer.

On 22/08/20, a Kames salmon farmer, who was taking Formaldehyde out to a salmon farm on Loch Tralaig near Oban, was questioned by a local resident. The salmon farm operative then launched a verbal and physical attack on the gentleman and has been charged by Police. Video footage of the assault will be released in due course.

Unfortunately, during the altercation, the mobile phone used to film the salmon famers was damaged. It still works but it was a present from the owner's wife and there seems there will be no redress from the assailant.

The gentleman who runs @SaveOurLochs on Twitter has been reporting Formaldehyde (Formalin 40) and other chemical use on this fresh water feedlot for some time now. Juvenile salmon are being kept in the cages before being transferred to the sea. They are "sitting ducks" for disease and fungal infections.

The fish are crowded and raised to the surface in a tarpaulin and the Formaldehyde is poured onto them. Oxygen is then pumped in to disperse the chemicals. The strong fumes from this carcinogen can be witnessed whenever treatments are underway. They have been reported, but as yet nothing has been done by Scottish Environmental Protection Agency or any other Government body or Police Scotland.

We're hoping people can help chip in for a new phone - good quality video evidence is required to build a case against the reprehensible actions of Kames. There is a very strong case to be put to the Scottish Government for removal of these fresh water installations as it appears they are unable to run them properly without the use of carcinogens and environmentally destructive chemicals.

See a report on the scale of the problem - HERE !

Maybe if enough is collected, we can buy a gas mask and HAZMAT suit for the next visit to the salmon farm! 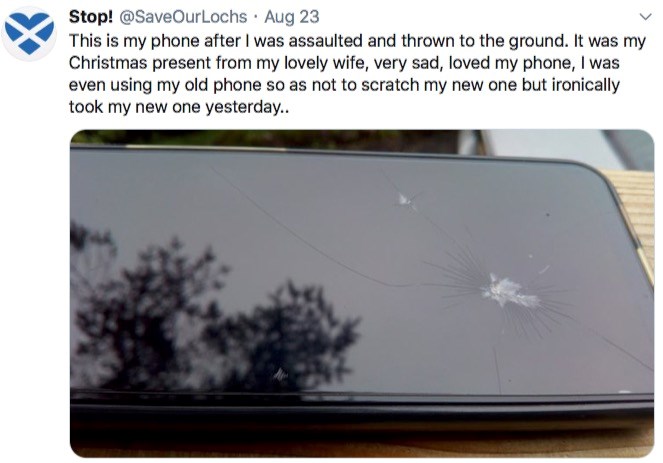 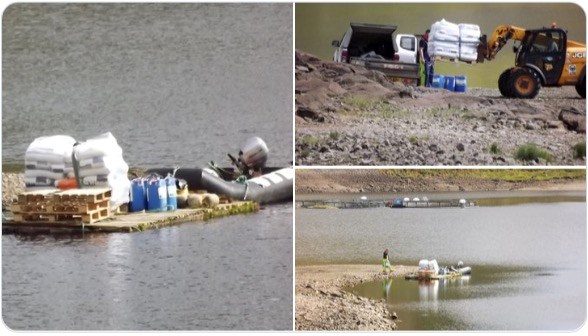 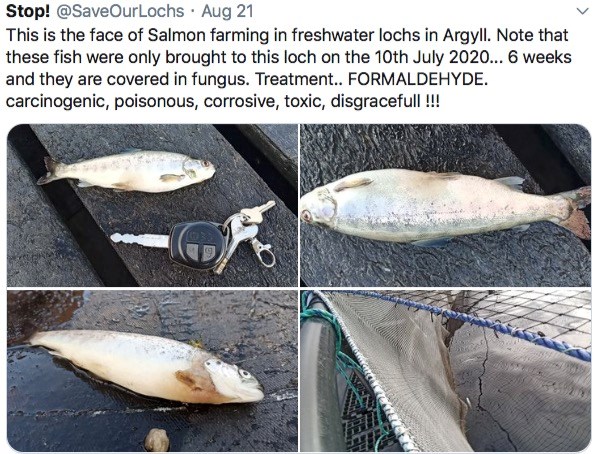 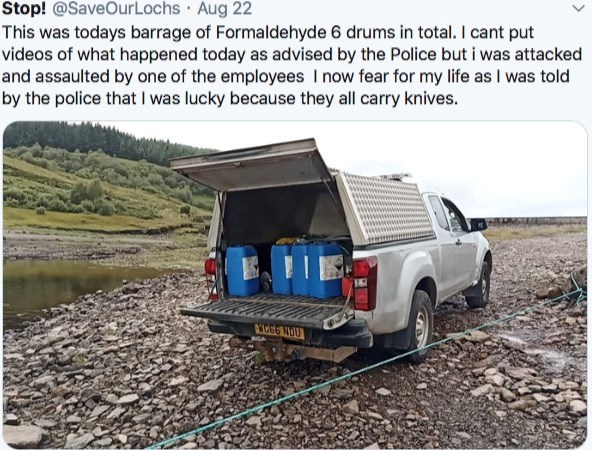 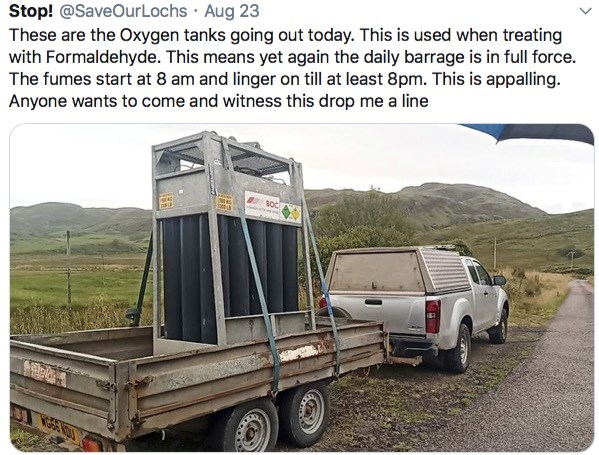