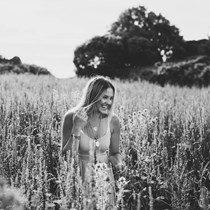 Weʼve raised £32,600 to Raise as much as possible for Fliquet, a mother who after a recent fall prompted tests to discover she had aggressive late stage cancer.

Fliquet has been struggling with her health and pain for over a year now. She has had many appointments and tests over this time and unfortunately her symptoms were only diagnosed as chronic pain and inflammatory problems by Doctors.

After a recent procedure, Fliquet managed to have a fall at home causing further pain to her already painful back. She had to have a scan of her spine where the radiologist found some concerning signs. She was put through further investigations where she was told there were signs of cancer along with compression fractures down her vertebrates. This was highly abnormal for a girl of only 26, so a further CT scan was issued and unfortunately confirmed that she had cancer in her spine as well as her lungs, liver and spleen along with the compression fractures.

Through further procedures they diagnosed the cancer as late stage aggressive lymphoma which needed immediate treatment. Fliquet has recently moved back home to Jersey with her boyfriend Ben and 7 year old daughter Dakota but unfortunately Jersey is unable to provide appropriate treatment on island. This has meant she needed to be flown out alone to Southampton in order to be under the care of a team of Lymphoma specialists. Due to the aggressive nature of the cancer she will be on intensive chemo, steroid mass reduction therapy and radiotherapy. After the treatment she will then have to undergo the repair of her spine as well as rehabilitation to regain her mobility. Due to the size of one of the tumours on her chest, she cannot be upright as it restricts her airflow along with causing further pain. This means she must be on permanent bedrest which unfortunately comes with its own complications.

Fliq is going to have to be off island until at least the end of the year of 2019, being in Southampton over the time of her birthday and Christmas. She has had to leave her family behind and unfortunately the lack of her income is causing unnessasary further stress as they’re struggling to cover rent and bills along with trying to raise funds so they can fly out to be with her. Any money raised will be extremely appreciated as at least it’ll take the pressure off a little in this already very difficult time.

You’ve got this Fliq, and we’ve got you.