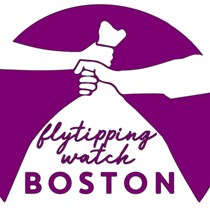 Weʼve raised £55 to help increase the presence of Flytipping Watch, allowing us to promote by means of social media, print and web promotion.

Fed up of driving around and seeing countless amounts of flytipping, Boston resident Mark Douglass opened his first Facebook group in November and up to February 2019, nearly 700 people have signed up.

Mark opened his second group, covering the South Holland area, of Spalding toward the end of January, and in excess of 200 people have joined.

Since launch, Mark has teamed up with other individuals who also are passionate about fighting an ongoing national issue, and together they plan to launch additional Flytipping Watch projects within the North Kesteven District Council and East Lindsay District Council areas, however, in order to proceed, funding is required to meet the expanding market.