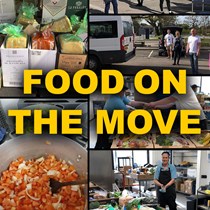 Weʼre raising £5,000 to keep #FoodOnTheMove going - we provide food parcels and hot meals for vulnerable families and isolated elderly in our local communities.

Our team recently performed this live cover version of RUN by Snow Patrol to raise awareness for #FoodOnTheMove. They’ve worked throughout the pandemic to get food parcels and hot meals out to those who need it the most, but the job is not done and we need to raise more funds to keep this vital support going.

The Community Rail Partnership #FoodOnTheMove project has helped support local communities since early last year, this is our story.

When the pandemic hit the world, the Isle of Wight and Lymington Community Rail Partnerships were made aware of the extreme urgency of vulnerable families and children and isolated elderly who literally had no food.

The CRP hit the ground running using initially redirected funding that South Western Railway gave the partnership for 'Music on the Move' , for hot meals and food parcels on the Island and across the New Forest and #FoodOnTheMove started. 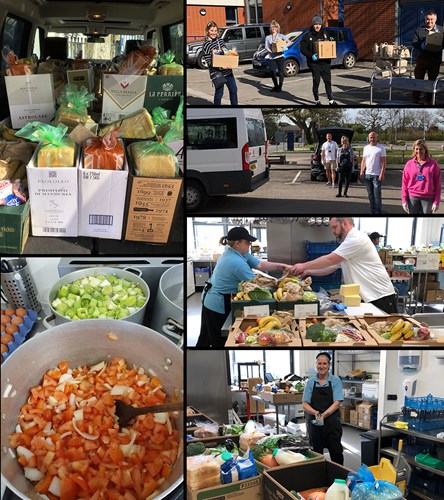 At Priestlands School, staff and volunteers spent hours packing non perishable food parcels to go out to families and pupils from 14 schools across the area, co-ordinated by Friends of Brockenhurst Station.

On the Isle of Wight, singer Ali Smith who runs the Gaslight Community Cafe at Sandown Station and the famous jazz nights, got cooking with help and support from friend and professional dancer Ann Abe. These ladies businesses, the cafe for Ali and DanceVibez for Ann were shut, but they rolled up their sleeves and with massive help from the community and local stores, provided Railwayman lunches to thousands. 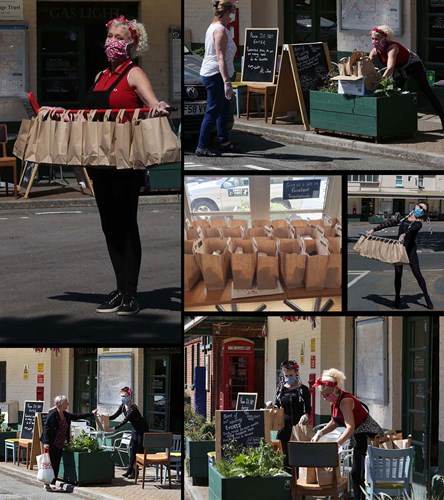 The funding grants written by Bobby Lock, the Rail Development Manager for both partnerships vitally supported the work and to date the CRP's have managed to sustain support with close to £70,000 from the National Lottery, the Isle of Wight's WightAid, the Isle of Wight Council Connect4Communities, Train Operating Companies CrossCountry and South Western Railway and the Hampshire and Isle of Wight Community Foundation through the National Emergency Fund.

However more people are struggling with the additional lockdowns' and the seasonal jobs as yet not open on the Island and in Lymington and Brockenhurst. Families have fractured through pressure and the need is exponential with now single parents/carers in emergency accommodation with sometimes only a microwave to heat food. 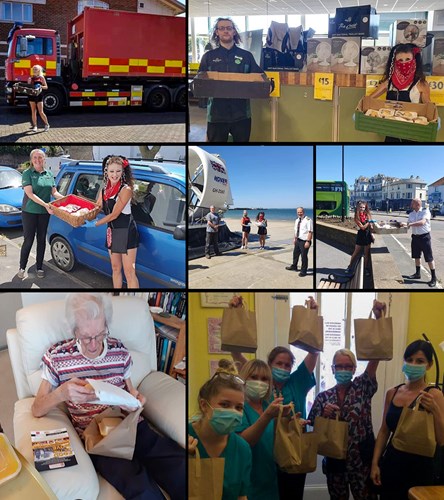 Whilst there are grants still available more people are applying and the CRP needed to find a way to sustain Food on the Move to these people.

One night Bobby was listening to Run, by Snow Patrol and she came up with an idea for her amazing talented friends to drone film, record, light and perform a cover version, with Snow Patrols permission to raise money to carry on providing this vital support to our communities. Bobby approached CRP partners the Isle of Wight Steam Railway for permission to use their land and they got some trains out of the sheds to use as a superb backdrop.

Community kids across the region that work with the Community Rail Partnerships under the Solent CRP CiC, sang and performed a choreographed dance safely at home from Miss Ann who also performs in the video, along with Ali Smith, JC and Kathy Grimshaw and Nigel Lynk. 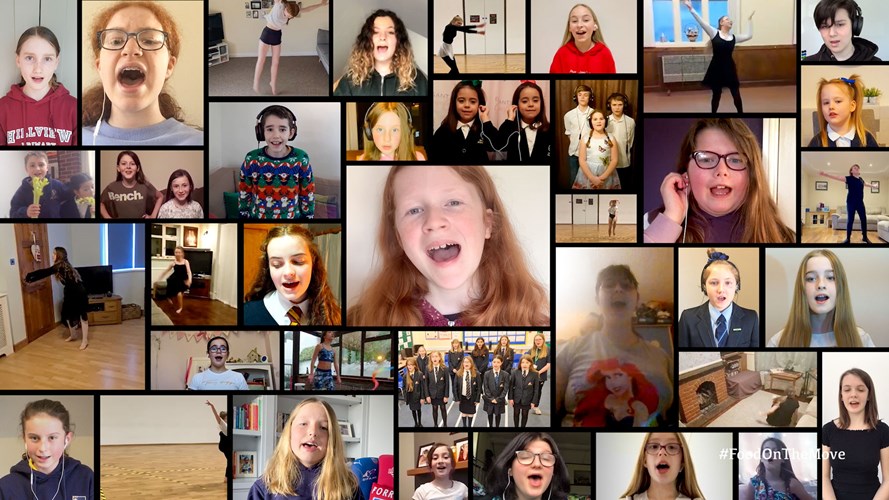 We hope you enjoy it.

Isle of Wight and Lymington Brockenhurst