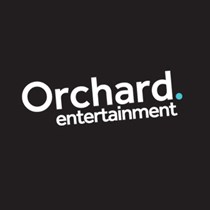 Paolo Nutini will play his only UK concert this year in Newport in memory of young mum Bevlee Jones after being touched by her family's story.

The gig at Newport Centre will raise funds for Bevlee's 13-year-old son Ieuan, who had invited the Scottish singer to perform at Bevlee's funeral.

Bevlee, 34, passed away unexpectedly in the night in March, devastating family and friends.

Her distraught son touched the hearts of everyone when he took it upon himself to give his mum the best funeral possible.

Bevelee was a huge Nutini fan, so Ieuan sent a heartbreaking message to the star through Facebook, asking if he would play at his mum’s funeral.

Unfortunately, the singer was away in Europe at the time but he wanted to offer his support to Ieuan and his family and sent a comforting message to them on the day of the funeral.

As well as Ieuan's wish that Paolo sing at his mum's funeral he also wanted his mother to have a horse-drawn hearse, pulled by white horses, because she had once said that she liked them and he wanted flowers in the shape of letters spelling the word ‘Mum’.

This just giving page is for those who wish to make a donation to a trust fund set up by the team behind the Paulo Nutini concert, help Ieuan through life, as he comes to terms with life without his beloved mother Bevlee.