Palina and Livyar raised £25 from 2 supporters 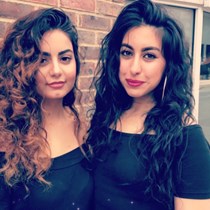 With millions of victims of war landing in the refugee camps, anticipating a safe haven from the hell they encountered, they are met with greater scarcity. With weak tents providing entire families sanctuary, often exposed to extremely hot days and freezing nights; burning toxic plastic for warmth, queuing tirelessly for a bottle of water, whilst fed inadequate nutrition, it is fair to say the integrity and rights of the refugees have been repressed. To acknowledge that such poverty and abjection exists within the 21st century; is truly horrific.

Non profit organisations and independent volunteers, such as the Parwin foundation, have done an outstanding job in catering to the victims needs; done so with as much integrity and dignity, however greater help is always needed.

We have partnered Parwin's foundation that work tirelessly with victims (such as Yazidis who have anticipated hell under isis, forced to become sex slaves) who have fled war in Iraq and Syria refugee camps. The refugees have experienced death and trauma beyond imagination, thus the situation on the ground is truly horrific.

The camps are in desperate need of basic necessities. As scorching temperatures (up to 50 degrees) have detrimental health implications on the camp residents during the summer, it is vital we focus our funds in purchasing items such as air conditioners, sunscreen, insect repellents etc to help them during the summer. The average price of 1 air conditioner is approximately £90.

We will purchase the items and personally deliver to those in dire need in the camps in the kurdish region of Iraq (Kurdistan) , with the help of the Parwin foundation.

Together we can truly help the refugees, during such difficult times, what can only describe as inhumane standards of living and the worst migration crisis since WW2. There is no donation too big or too small.