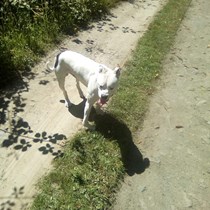 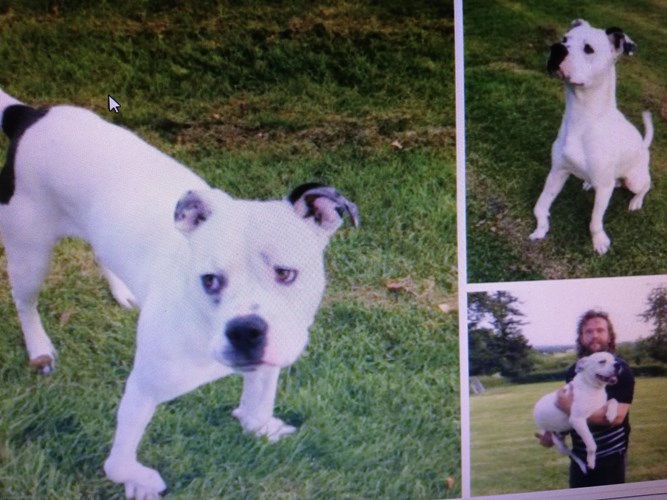 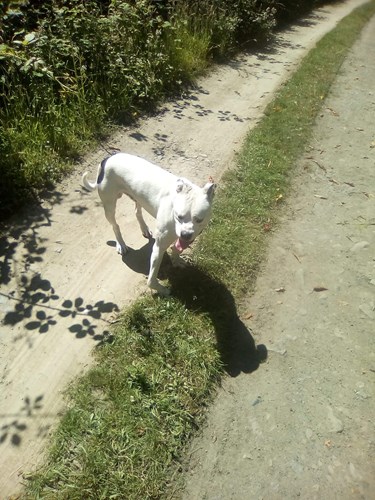 For Patch’s owner, Russell French, to personally fund the cost of the essential surgery is out of the question, while his insurance company has refused to meet the cost.

The condition known as Developmental Orthopaedic Disease can affect foals, dogs, cats and many other small mammals in their infancy and is quite common in immature dogs. It is caused by a disturbance in the process of endochondral ossification - one of the two essential processess During foetal development of the mammalian skeletal system by which bone tissue is created. Russell, 29, believes that the cramped conditions in which Patch was confined when he bought him aged just 12 weeks old, along with four of his siblings from a farm near Hastings in Sussex, hasn’t helped.

There is obvious swelling and bone deformity around the right ankle joint, but as Patch is a young dog there’s still flexibility at the moment. As he gets older his bones will start to harden and it will never be able to be fixed so his quality of life will suffer accordingly as it gets worse which is why he needs surgery sooner rather than later.

To fund the three visits to the specialist consultancy, Russell was forced to sell what few personal items of value he was left with after his mother had passed away. It was only when the true extent of Patch’s condition was fully revealed and the cost of the specialist surgery, estimated at between £3000 - £4000 for each ankle, that Russell looked to his insurance company for assistance. His claim was denied on the grounds that it was a pre-existing condition before he had taken out the insurance.

All donations gratefully received thank you all for reading and sharing .

( Thank you to Eric Partridge of The Moorlander newspaper for writing Patch’s story the the full article will be in tomorrows edition of the Moorlander. )