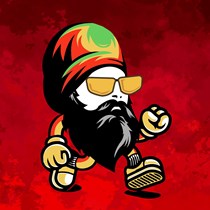 My name is Jon. Known as Loki Doki on YouTube. I am currently managing Fort William FC on the Football Manager video game.

As part of the save, I wanted to help the club by raising some much needed funds for this wonderful community football club.

Claggan Park, which is leased from Highland Council, has two enclosed stands accommodating up to 140 spectators, and is regarded by many as one of the most scenic grounds of all clubs in the Highland League.

In addition to the Board of Directors, there is also a hard working Management Committee who run the day to day administration of the club.

Going forward into the 2018-19 season, the club would love to see more supporters come to the matches , increase community engagement and increase sponsorship of, and investment in, the club.

Having a team in the Scottish Highland League is something that everyone in Fort William and Lochaber should be really proud of.