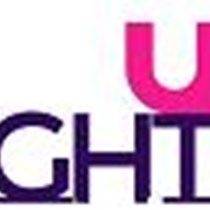 Photo from pre-pandemic picket line rally at the University of Brighton in 2020 with a Gillet Jeune speaker.

About the Four Fights Dispute

Brighton UCU is part of national strike action being undertaken by the University and College Union (UCU) has called a strike from Wednesday 1st to Friday 3rd December 2021. With more action planned for 2022.

The background to this industrial action is summed up by these points: In higher education in the UK…

• the pay gap between Black and white staff is 17%

• the disability pay gap is 9%

• salaries have fallen against inflation by over 20% since 2009

• academic staff work over 50 hours during a typical week

• a third of all academic staff are on fixed-term contracts

What the Four Fights action is about

The industrial action is intended to force the employers who run higher education to improve the situation in four specific areas:

How your donation will help

Losing pay isn’t easy for anyone. The funds raised will be distributed amongst striking members who are suffering particular financial hardship. Focusing on those who most in need.

Thank you for your solidarity