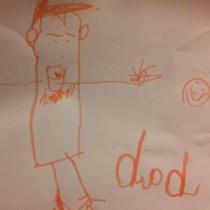 Unfortunately, Ray's untimely death was entirely unexpected and Ray did not have any life insurance.

This crowd-funding effort is part of a number of events to try and raise enough money to send Frankie to Disney World with her grandparents.

Ray was a well-liked member of the Police family and this tragic situation represents every parents worst nightmare, any contributions at all would be gratefully received.