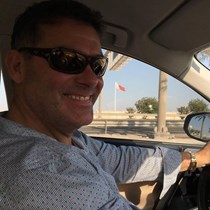 In support for The Light Infantry Association.

On Wednesday 13th June 2018, I with 49 former soldiers, will be "Tabbing" (Army term for a rather fast stroll) 50 miles (80km) in support for a Regimental Association. The route will be from Hereford, in Herefordshire to Shrewsbury in Shropshire, home of the Light Infantry Depot (Sir John Moore Barracks).

50th Anniversary of the Light Infantry -

The date also coincides with the formation of the regiment (The Light Infantry - formed in 1968) from Regional Regiments, like that of the Durham Light Infantry.

Our mission is to raise over £50,000 to support the Light Infantry Association, which among many other things, supports Army veterans that have been wounded from the many conflict that the regiment has played such a pivotal role in.