The Blair Project raised £130 from 6 supporters 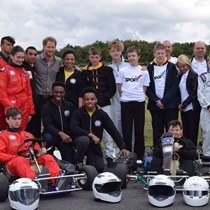 Heartless thieves broke into Fred Longworth High School in Tyldesley in Greater Manchester late on Monday night, making off a self-build electric go kart that Year 10 students had been working on, as well as tools and equipment worth nearly £4000. The villains also attempted to torch the outhouse building where the kart was being stored causing a further £2000 worth of damage. The pupils have been left feeling crushed and devastated.

Fred Longworth is one of several school teams taking part in the ProtoEV Electric Go Kart challenge, the first schools competition where pupils learn how to convert petrol go karts into fully electric racing machines and compete against other teams to see which is the fastest. 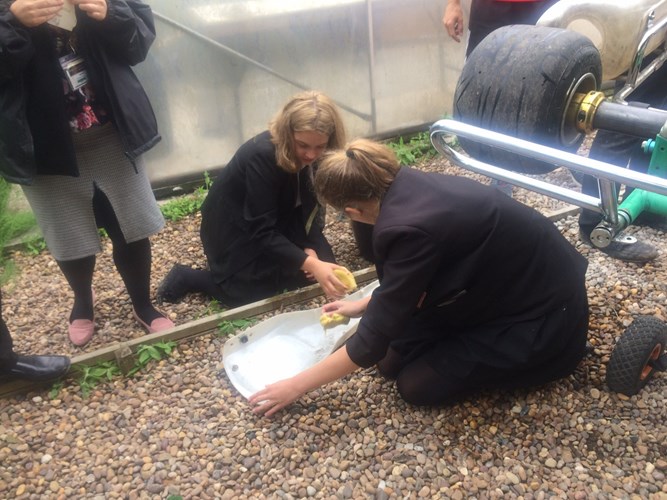 The ProtoEV Challenge is the brainchild of Manchester based tech education specialists The Blair Project and Blackburn College’s Regional Automotive Technology Hub. Teams have also learnt how to design and digitally manufacture parts for their electric karts using 3D printing.

The Race Invaders Team at Fred Longworth’s were due to compete in the final test day on the 17th July at Three Sisters Racing Circuit against teams from Bolton, Wigan and Lancashire. But unless they can secure the funding needed to replace and rebuild a new kart within the next 7 days – they’re dream will be over. 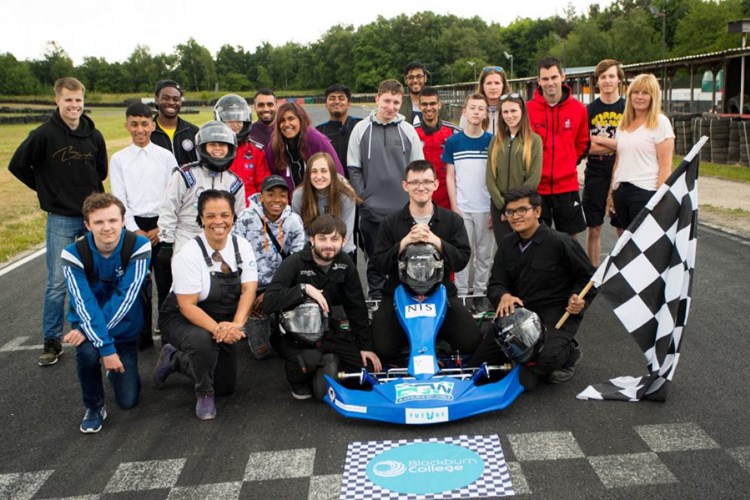 The school doesn’t have the funding to buy the equipment back, and it will be a crying shame if these young people are not able to compete. That’s why The Blair Project has organized this crowdfunding campaign. But it’s a race against time – to get the Race Invaders back up and competing again we need to raise funds quickly!!.

Big hearted local company Create Education have donated an Ultimaker 2Go 3D printer worth £1000 which will go to one lucky donor chosen at random. Thank you for your support and please share this story.

Please click on this link to the news article.

Wow! In less than four hours we reached our initial target of £4k thanks to the generosity of:

The Morson Group and the Morson Maker Space at The University of Salford is all about inspiring the next generation of engineers to take up STEM-based subjects and to enable talented young people to pursue ideas and learn future-fit skills.

Sponsoring the youth-led social enterprise, The Blair Project’s ProtoEV Challenge to get the Freddies Race Invaders team back on track after thieves stole their self-built electric go kart is evidence of a genuine commitment to talent development. We’re donating £4000 to help buy back the stolen electric kart kit so the team can once again compete in the final test day on 17th July at Three Sisters Racing Circuit.

The Blair Project wants to keep the momentum going and have decided to raise a further £10k so we can develop the concept further and roll out ProtoEV Motorsport STEM project as a Greater Manchester wide competition for schools in September 2018.

The Blair Project is a youth-led social enterprise which uses a powerful combination of motorsport and digital manufacturing to enthuse young people aged 13+ to pursue careers in the fast growth science, engineering, technology and digital sectors.