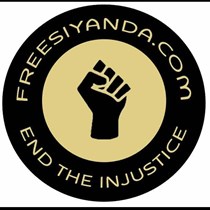 My name is Cammilla, mother of Siyanda

The campaign Free Siyanda has been establised by her family, friends and The Monitoring Group (a national anti-racist advocacy organisation). The campaign aims are to raise public awareness and expose the gross injustice in this case.

I need your help to obtain justice for my daughter because we need to bring an end to her traumatic ordeal. Siyanda has been failed by the system because of the colour of her skin.

Siyanda is a bright, aspiring black woman now 21 years old, who had a promising career and life ahead of her. She worked hard to obtain her dream job in Human Resources. She was saving to buy her first home.

She is loved by many people because of her kind heart and has a very caring nature. She has never been in any kind of trouble before.

What started as a joyous and sunny bank holiday for Siyanda ended into a nightmare and changed her life forever. Without provocation Siyanda was verbally abused and physically assaulted by adults much older than her. They used racist language whilst attacking her an thereby she was forced to defend herself.

She expected the authorities to investigate the incident thoroughly but what she experienced was a series of failures.

Siyanda's allegation was not investigated. The evidence supporting her version of events was not collated.

We would like you help to raise funds for Siyanda's campaign costs, they include items such as

We also want to raise awareness about her case in Parliament and the Welsh Assembly. There must be others like her who have so badly been let down by the system. If we can, we want to help them too.

Siyanda has already fought many battles to succeed in life, including major surgeries because of her disabilities. Once we have succeeded in obtaining her freedom, we would like any remaining donations to go towards her rebuilding her life.

We truly appreciate your support and any contribution you are able to make. As the campaign progresses, we will provide updates on what your donations have been used for.

Thank you all from the bottom of my heart.

Siyanda Mngaza is a young black woman who was a victim of a race hate crime. However perversely she was charged and convicted, ostensibly due to a litnay of police failures.