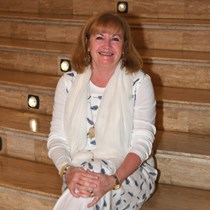 Local film maker, Paul Russell, visited the Paisley Society of Model Engineers in Barshaw Park on Saturday and has given his time to make this film to help the club's appeal for funds to replace and repair the damaged engines and engine shed:

We are extremely grateful to everyone who has donated to our appeal so far, and we are moved by the your expression of support and affection for the wee train!

We know how much everyone from Paisley loves the wee train in Barshaw Park. We're sorry to report that on the evening Saturday 25th July the engine shed was deliberately set on fire.

The site was sealed by the Police for a few days pending completion of the forensic investigation, but we can confirm that the Barshaw Flyer is almost completely destroyed. One other engine is badly damage, and the other has minor damage, but, ironically, this engine was little used as it had been inherited and was not suited to use on the track.

The volunteers had done much over the years to improve the security of the engine shed to prevent break ins, but after this incident it would be best if the building could be replaced with a more fire proof structure.

The cost of repairing and replacing the engines and the shed will be costly, and we are fundraising towards this cost. The wee train is run by the Paisley Society of Model Engineers who are all volunteers. Their income has been cut totally this year, as they have been unable to run the train during the Covid crisis and lockdown. All donations, however small will be grateful received by the volunteers.