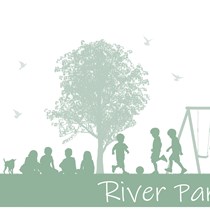 Friends of River Park is crowdfunding

Friends of River Park, a group of concerned Winchester residents, have issued a claim to the High Court for Judicial Review of Winchester City Council's decision, on 9th March 2022, to hand over the River Park Leisure Centre site to the University of Southampton. The land has been in public ownership for over 120 years and forms a significant part of the Recreation Ground, which was always intended to be used as a public park, for public recreation.

The Council and the University have both responded to our claim, and they are contesting the matter. This means that, assuming we are granted leave to apply to the High Court, it's game on...so we are upping our target accordingly.

The Chairman of Friends of River Park , Sir Tony Walker, says: “If we are to have a say in the uses to which this exciting site is to be put, it is important that the public is consulted about the proposed loss of their land to a private, commercial entity. The Council has made a decision to dispose of the land. The Friends of River Park are challenging that decision in order to ensure that the land remains in public ownership, for public recreational use”.

We are working towards the stage where people will be given the opportunity, hitherto denied to them, to suggest sustainable, viable projects (with funding proposals): for example, a public performance space/auditorium, exhibition space, a lido, a MUGA, formal gardens, a café, a bandstand, a new play area, keeping the Indoor Bowls Club and the Skate Park – and/or a simple return to green parkland. The options can then be carefully evaluated before a democratic decision is taken.

Friends of River Park clearly needs financial support to continue their action and we ask you to give as generously as you can so we can keep up the pressure. We are grateful to all who have already given both to our JustGiving account and also by direct donation.

a) give to our Action Fund

c) sign up to Friends of River Park: https://riverparkwinchester.org

d) email us to offer help or suggestions: friends@riverparkwinchester.org

Our objections to the Council’s plans

1. This land is a Public Park, for public recreational use, and that is the way it should stay. From 1902, the Recreation Ground, including the area of the redundant Leisure Centre, the Indoor Bowling Club and the Skate Park, has belonged to the residents of Winchester.

2. The area is designated “open space”, protected by statutory law and by a covenant. The Leisure Centre was a public recreational facility, managed on behalf of residents, and as such it falls within the definition of open space – as do the Skate Park and the Bowling Club. The Council has acknowledged that it holds the land on a statutory trust as a public park and recreation ground for the city, and that it is subject to a restrictive covenant. However, if it is leased to a private, commercial entity such as the University of Southampton, it loses its open space protection.

3. The city has a shortfall of open space: the land must be kept as a public park or recreation area. Winchester’s Local Plan Part 1 identified a shortfall of land available for open space in the city. The Council cannot allow this open space, where people can play, exercise and enjoy their leisure time, to be handed over to a private developer.

5. Green environment in the city: River Park is an urban park providing a play, recreation, sports and leisure environment for the City of Winchester. It is adjacent to Hyde Abbey Garden as well as the Winnall Nature Reserve which is part of the South Downs National Park. Through the park and around the River Park site flows the River Itchen, the navigation canal and its tributaries. This is one of the UK’s unique chalk stream rivers and is a Special Area of Conservation and a Site of Special Scientific Interest. It is in danger from pollution.

6. Effect on tennis courts, all-weather 3G pitch and cricket pitches of large buildings: the River Park site lies to the south, and is next to, the artificial (and much-used) pitch and the popular tennis courts – the only public tennis courts available in the city. Just beyond them is the main cricket pitch. Any overly large building(s) erected on the River Park site might cast long shadows over the public ground next to them and, if the new building(s) were to be part of a student campus, this would adversely affect the public recreational facilities and their accessibility to Winchester residents.

7. Flood Risk: the land lies in a zone where the flood risk is high, and it is upstream of the city and the Cathedral. A Council report says a new design that increased the existing building footprint or the impermeable area within the floodplain would not be appropriate in this location; also, replacing the existing leisure centre buildings with open space might have a beneficial effect on the downstream flood risk.

9. The Proposals in detail

– There has been no procurement process for this disposal (called a ‘sale’ in the draft contract): nobody else has been offered the opportunity to bid for it.

– There is to be no initial payment to the Council for the site, which could lay dormant for five years – following which the University might not decide to go ahead with any development plans – and in the meantime the Council has to pay for the demolition of the Leisure Centre (estimated at £2m) as well as maintenance of the remaining buildings (estimated at £80,000 per annum).

– The Council proposes to help the University with the potential relocation of the Bowling Club and the popular Skate Park. There is no mention of where they would go, the costs concerned, who would pay for this and how it would be achieved. There is apparently to be a 'lease-back' clause in the draft lease but it is not known whether this will, in fact, secure the Skate Park as intended.

– The University of Southampton, assuming planning consent were to be granted for what is called ‘the campus scheme’, will pay an unquantified amount for the ‘purchase’ of the site. The Council has not revealed to the public how the value is to be assessed and on what basis.

– Much of the car park which is currently used by those visiting the Recreation Ground, the tennis courts, the artificial pitch and the cricket pitches, is to be handed over to the University.

– For the first 35 years of the proposed sale, the land shall be put to principal uses only of or in connection with tertiary education: the public will not have open access to the site for 35 years following the sale.

– There is only an ‘aspiration’ and no condition in the draft contract that the University should provide publicly accessible performance space, and no description of the extent or scope of it: there is no definite benefit to the public of this sale.

– The University will have ‘virtual freehold basis’, no restriction on selling the site on to another, no obligation to repair (including during the initial 5-year period) and ‘absolute discretion over the campus scheme’: the Council will effectively lose control of the site once it is sold.

The Friends of River Park strenuously object to the Council’s proposals to lease any part of the River Park Leisure Centre site to the University of Southampton, or to any other private, commercial entity. The residents of Winchester should decide what use or uses to which the site may be put, following the de-commissioning of the Leisure Centre building (including, for instance, the possibility of returning it to use as parkland).

A community group which has the interests of Winchester's residents at heart. It exists to promote the health and welfare of our community, and to preserve our green spaces at River Park for all to use for play, enjoyment, exercise and general recreation.