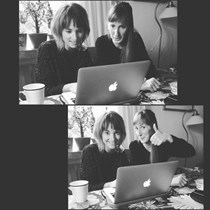 Weʼve raised £1,750 to run an exciting music project aiming to give young refugees a voice!

Last year, we worked with 15 Syrian and Afghani teenage boys in Vingåker, Sweden. We spent 2 days together sharing music from all around the world. We held intensive workshops that facilitated songwriting and music production, using material they had written themselves. We then took them to a recording studio where they experienced the process of recording not just any song, but their very own creations. The results were astonishing. Their composition contained many musical styles; languages and influences from different cultures, which came together in one song. They named it ‘Frihet’, ‘Freedom’ in Swedish. You can listen to it here:
https://tinyurl.com/zqy8c86

We made a strong connection with these young people and the work we did made a serious and long-lasting impact, not only on their lives but also on ours. Experiencing positive interaction and knowing that something good was possible for them in such extremely difficult circumstances gave them hope. At the end of the project, one of the boys told us, with great effort and in halting English, ‘All day I have been smiling...and I haven’t smiled for a very long time.’

Sadly, there has recently been a sharp increase in suicides of under 18 year old refugees in Vingåker, due to the prospect of deportation and a complete loss of hope. We are very keen to return as soon as possible and we intend to spend a week running technology, singing and composition workshops. This will give these young people a musical toolbox to be able to express themselves through music. We also want to leave them with the equipment and skills to match their drive and ambitions so that they're able to continue music making after we're gone. This equipment will give them the opportunity to express and share their stories, giving them a voice that is too often lost and unheard.

We hope to give them:

Lucy is a composer. Alongside her own music performances she is a music practitioner dedicated to giving vulnerable young people a voice. Naomi is a cellist. She is passionate about sharing music with those unable to access it and she frequently takes part in outreach projects.