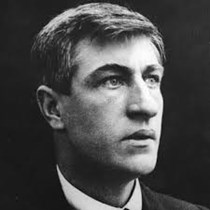 Funding Campaign to Commemorate Trade Unionist and Socialist, James Larkin with a statue in Liverpool. ‘We have amongst us a man of genius, of splendid vitality, great in his conceptions, magnificent in his courage.’ James Connolly ‘The greatest Irishman since Parnell.’ George Bernard Shaw The James Larkin Society formed in 2002 to support local community groups and, trade union and grass root causes and campaigns, we have affiliations in: New York, Dublin, Belfast and Sydney. In 1888, James Larkin (Jim) was born, to Irish parents, in the dockland area of Liverpool, his experience working on the docks and the harsh and, at times brutal, treatment of dockworkers resulted in Larkin becoming a lifelong Socialist and Trade Unionist. As a full-time union officer for the National Dock Labours Union he became involved the struggle to unionise and organise in England, Scotland and Ireland. In 1906 Larkin founded the Irish Transport and General Workers Union, the Irish Labour Party and later the Workers Union of Ireland. The ‘Great Dublin’ lockout of 1913 saw Larkin becoming a major figure in this dispute and his role was revealed in the novel ‘Strumpet City’ and the TV series, of the same name, his character being played by Peter O’Toole. As an Internationalist Larkin travelled to the United States to involve himself and support the ideals of the IWW (Wobblies), and gave the eulogy of the prominent Wobbly, Joe Hill. While in the US he was sentenced to three-five years Sing Sing Prison on the charge of sedition, while in prison he received a visit of support from Charlie Chaplin. On his release he was expelled from the US by J Edgar Hoover. The James Larkin Society are looking for funding towards commissioning and siting a statue, in Liverpool to Larkin as a permanent reminder to one man’s fight against poverty, inequality and injustice. (Francis Kenny)