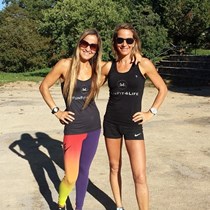 We think it would be great to run a marathon together, as a team, and raise money for a lesser known and less well-funded charity that doesn't receive as much support as the bigger charities, where even a small amount of money will make a difference.

Iltolish primary bush school in the Masai Mara in Kenya is a small bush primary school which is about 7 km away from Kilima Camp in the Masai Mara on the Siria escapement.
They are growing fast as there are now about 330 children, having started in 2007 with 30 children. In 2013 there were 150 children!

We are so lucky and privileged to grow up in countries where we take education for granted, however others are not so lucky, and getting educated can be a huge challenge for children in developing nations.

See below an example of items that could make a real difference to these children:

We have no target in terms of fund raising but to try our best to raise as much as possible.

Even a small amount will make a hugh difference!

Passionate about fitness we have decided to run a marathon as a team to raise money for a great cause where even a small amount of money will make a difference. Iltolish primary bush school in the Masai Mara in Kenya is a small bush primary school.