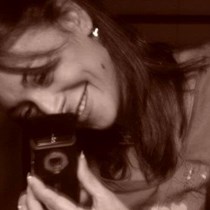 Weʼve raised £665 to Do my best to get back to Gambia, as DHL have come in and saved the day, insuring the children get your donations in time for Christmas

I have been totally overwhelmed by the Generosity of Fellow Millwall fans, and The Norton Knatchbull School in Ashford, that have kindly been donating Football Shirts...Boots.. Stationery and Books for my 'Gambian Lions' who are located in Banjul, at the Bijilo lower basic School in The Gambia
My Story
My name is Jacqui Knight and I am a Mother of two, Wife and Millwall Fan.
My story starts back in May 2019 when I flew to Banjul (The Gambia) to attend my friend Margaret's Wedding. I donated some t-shirts to a local school.
I found a school right opposite where I was staying.
On Introduction to Mr Bah, I sat through his lesson, the children were learning about STI's and Hard Drugs, and at the end Mr Bah introduced me to the kids, I told them I supported the Biggest small club in the world and randomly taughts them a couple Millwall songs/chants (Just for fun)

Standing in that classroom took me back to some very special memories in Kenya 2001, where I did exactly the same thing.

The Children and Mr Bah were fantastic and picked up the songs real quick and much fun was had, with plenty of smiles all round, it was a very humbling experience.

Cutting a very long story short, I shared my video of children singing to my facebook page and a closed Millwall fans group. The Next thing I heard, a couple days later, my video of the children singing had been tweeted more than 50k times, (Wouldn't mind but I don't even use twitter!!) I was inundated with messages from Millwall fans and other fans, saying how much the video brought a tear to their eye or made their day, and could they help in any way... I felt totally overwhelmed.... Our fans really are the best in the World!!
It would be Great if someone felt the urge to Sponsor me for the entire round trip plus shipping, MANY THANKS FOR YOUR SUPPORT IN HELPING ME RAISE THE MONEY FOR THE SHIPPING.
Millwall Fans rocking all over the world!! :)
SPREADING THE MILLWALL LOVE!!!

Married mother of two Interests include Millwallfc Travel Love & Laughter I started this page to raise funds to get your donations shipped to Gambia. Now that's sorted, I would really like to see this project through the end I'm flying solo and could do with the help please