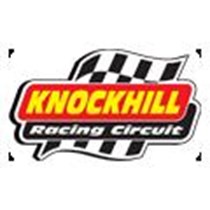 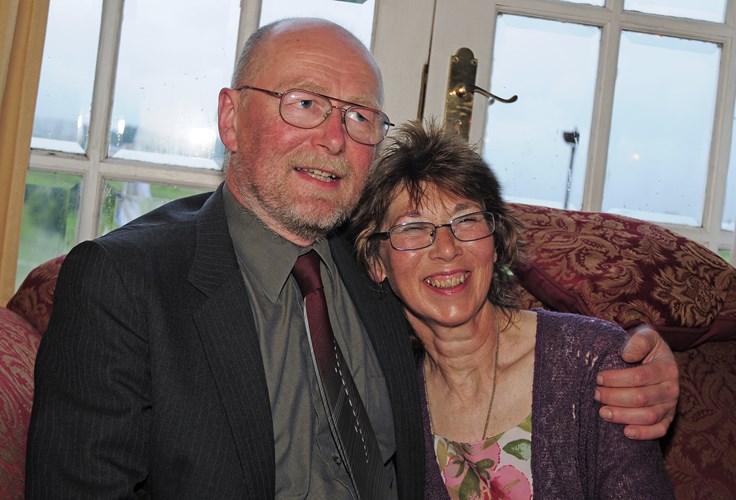 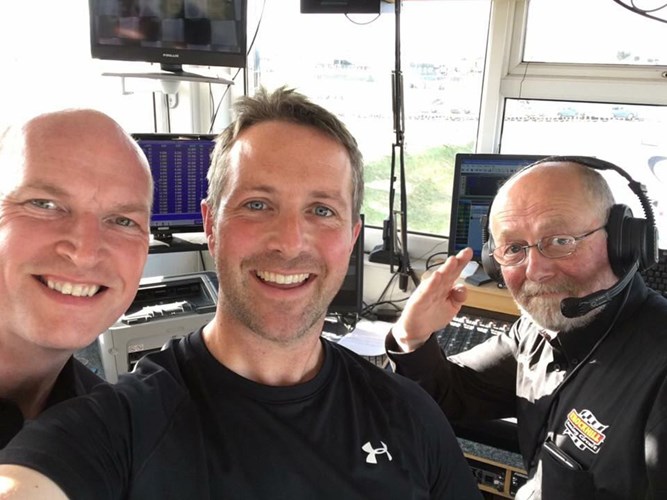 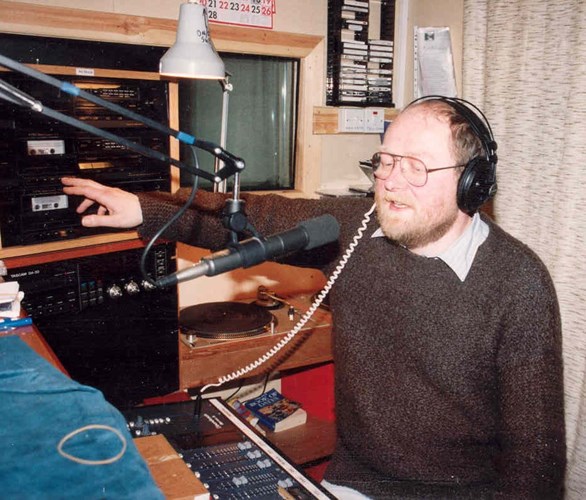 It has been 7 weeks since we received the devastating news that Garry Stagg and his wife Hilda had been involved in a terrible road traffic accident on their motorcycle. The circumstances of the accident are not known to us, and indeed not important, but what we do know is that Garry and Hilda have life changing injuries.

Now that we know both Garry and Hilda are in a stable condition, albeit Garry is still in Intensive Care, we feel it is now an appropriate time to share the terrible news and to see if we can turn our shock and sadness into something positive for Garry and Hilda.

For those that might not know Garry Stagg to look at, if you have been to Knockhill Racing Circuit in the last 30 + years, you will be sure to have heard him. Garry came to Knockhill in the early 80’s as an enthusiastic bike racing fan who also happened to be a sound engineer and radio DJ. He was swiftly called upon and his weekends were filled with technical duties at the bare venue that was trying to establish itself as ‘Scotland’s National Motorsport Centre’. In the early years it was all about Public Address systems and communicating with the race fans. Garry’s commentary skills developed and the technical side of the kit we have at Knockhill continued to grow. Garry had the vision to introduce Radio Knockhill, we were proud to have the first circuit radio station on AM and now we have progressed to FM. The intricacies of organising a radio frequency, broadcasting responsibilities and of course the music were all handled meticulously by Garry.

Did I mention Music? Another passion of Garry’s and one that MOST of our race fans appreciated!

Below is an excerpt from a piece in the Glasgow Herald. Three years ago the journalist came along to witness the build up to the British Superbike event and spent some time with Garry. I think the journalist captured Garry’s passion fantastically well:

GARRY Stagg rolls up the metal shutters on the door of the Knockhill commentary box and we climb the steep, dimly-lit wooden steps.

It's like, I imagine, ascending the dusty stairs in a lighthouse. Up we go, past faded racing posters, then we're into the box, sunlight flooding through the giant windows.

"If I'd known you were coming I'd have tidied up," the commentator jokes in those gentle, cultured tones which will be familiar to anyone who has stood beside the 1.3mile track in Fife watching bikes or cars racing. From here we can see every part of the track, and over to Edinburgh, across the bridge and up to the castle.

The box, which looks a bit like the green corrugated-iron doocots you'll find along urban canals, is marooned in the centre of the track. Inside, it is like something Doctor Who would build. A mix of high and low tech: hand-me-down computers, an old hospital radio mixing desk, and modern digital electronics. It all works though, and it was all set up by Stagg, an audio engineer as well as a broadcaster, who is responsible for the track's electronics: the four miles of cabling, the safety cameras, the transponders and responders. As he says: "If it's got a plug on it, it's my responsibility."

I don't understand all the technical details but his enthusiasm is infectious. He's 62 years old but is full of schoolboy joy, keen to share his passion. I get the impression that if he could sleep in this box - his den - he would.

Over the course of the next few months and beyond we will be organising fund raising events to try and give Garry and Hilda one less thing to worry about. Starting at the Jock Taylor Memorial Race Meeting this weekend, we will be launching a just giving page and hope that you can help if you can.

We’re hoping to raise £10,000 to help Garry and Hilda deal with their life-altering injuries and would appreciate even the smallest of contributions.