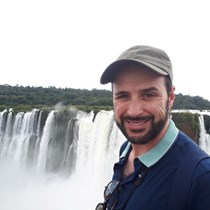 Weʼve raised £1,423 to help fund the Celebration of Barry Daly's life after his sudden departure from this world.

Barry Daly, fondly known as "Tugboat", "Big Baz", "The Fat Controller" and "The Cat", sadly passed away unexpectedly on 5th June 2019. It is a massive shock to all of us.

He had made many friends during his life, many of whom would like to say goodbye and celebrate his memory.

On behalf of Barry Daly's beloved wife, Judith, and his children and grandchildren, we would like to raise money to help to pay for Barry's funeral and reception so that we can give him the send off that he would have liked.

All donations, however big or small, will be gratefully appreciated by his grieving family.

We are thankful in advance, or as the big man himself would say, "Get yer nuggets out, yer tight so and sos!"