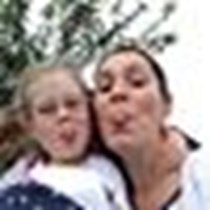 This Cairlin's story in her own words....

After years of being so fit and active,I was beginning to experience an agonising unexplained pain in both of my feet. I was feeling lethargic and tired. I was becoming unable to control my emotions. My speech was slower than others so much so that I was being bullied and picked on at school because of this. I was becoming clumsy on my feet. I guess I had the blinkers over my eyes.. maybe I was just having a bad day?

These bad days became more or a daily routine and I was visiting my doctor more and more with this unbareable pain in my feet bringing me to tears.

Over the following years, all of these things worsened. But at counselling I was labelled as spoiled. To stop depending on my parents for a lift here, there and everywhere and stop making excuses "I'm too tired", "My feet are too sore".

At age 20 my life feels as if it has ended. I'm now mostly wheelchair bound an when not I rely on an aid to walk. I stopped working in November past. I have severe spasms daily. I haven't driven my car in months and I can not leave the house alone or be left alone at any time incase I fall or choke.

Following hospital admission to the Neurological ward in June 2016; Doctors thought I may have Multiple Sclerosis because my symptoms mimicked this but were unsure because of unusual findings in my MRI.

It took me by surprise but after a few days I began to accept this news and got on with my daily struggles. I was seen by another neurologist in January 2017 who assured me and my parents it was not MS however they believed it to be Vanishing White Matter Disease. We had never heard of it before and found out it is a terminal brain disease affecting less than 200 people in the world. This news was devastating and my whole family was distraught. We were preparing for the worst..

However, August 2017 I met with the neurologist again to discuss my recent MRI. She told us that my gene test cane back negative for VWM. What a huge relief! The neurologist then told us that they have never seen an MRI like mine and have been researching medical archives for something similar and found nothing like it. I was told my Brain and Spine are both shrinking and what they would expect to find in an 80 year old. It has totally baffled the doctors!!

I am hoping that soon a diagnosis will be given as I may have to go to the Neurological hospital in London for further tests.

I will be organising a charity night and fundraising and the money raised will be to help cover the cost of alternative therapys.