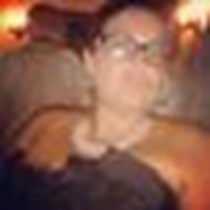 Weʼve raised £1,495 to help fund a relaxing break for an inspirational lady who has been having chemotherapy for breast cancer!

I am trying to raise money for my best friend of 33 years who has had a really rough ride this year. At the beggining of this year Lara was diagnosed with breast cancer after finding a lump. At the young age of 36 we were all shockes by the news. Broken hearted Lara had to explain to her 3 beautiful young children that she is poorly and will be back and forth to the hospital as you can Imagine this was a really hard conversation to have and with one of children only being 1 years old, It was even tougher for her to comes to terms with.

Lara was first told she would have an operation to remove the lump then start treatment to which she got her head around the best she could, But later found out she had a more aggressive version of cancer and immediatley had to start chemotheraphy which again was very difficult but she has taken it all in her stride and even on the toughest of days when she feels really poorly she still mananges to fight on and look after her children. The most recent news Lara received was that the chemo hasn’t been as effective as they hoped and she will be having surgery in a few weeks, Again Lara has just taken on this news with positivity and is battling on. Lara even held an afternoon tea this week to raise money for breast cancer which was a great success. I would just love to send Lara and her partner Adam who has found it tricky but has supported her throughout on a little holiday to give them something to look forward to after her surgery, Hopefully this will help on her long road to recovery. If anyone can help no matter how small please donate it will very much appreciated by everyone espeically Lara who would never ask for help from anyone.

Please share and lets help having cancer a little easier!