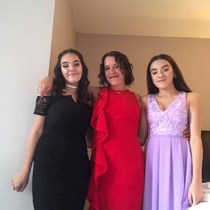 Weʼve raised £56,653 to help Violet get the surgery she needs for her future life. 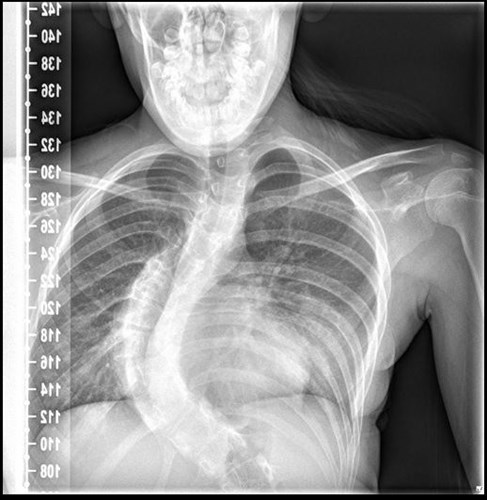 Two years ago at aged 10 I noticed that Violet was curving to the right when sitting. After visiting our GP, she was finally referred to Manchester Children's Hospital the following year, May 2017, where we received the official diagnosis of Adolescent Idiopathic Scoliosis. Scoliosis is a curvature of the spine, which if severe enough can lead to a lifetime of debilitating pain and difficulty breathing. Her curve measured at 52 degrees at the time, but at that stage I was not too concerned as I was familiar with mild scoliosis in adults so I was sure that we could stop it progressing and that she could manage it through her life. We hit the yoga, physio, and visited an osteopath every 4 weeks for the next year. We hadn't realised just how aggressive adolescent scoliosis can be, and at her next x-ray a few weeks ago, on the 29th June this year, we had the devastating news that her curve has now advanced to over 80 degrees, and as she continues to grow it will only continue to progress further. She has reached the stage now where she is in pain a lot of the time, and the curve will be starting to press on her lungs and affect her breathing (I only recently connected that she has been complaining for a while that her breath sometimes wheezes), so her only option now is surgery to correct it, which she needs as soon as possible. The only option offered here on the NHS currently is spinal fusion, which her consultant at Manchester wants to book her in for next month. This involves two rods being screwed to either side of her spine, and a bone graft over it (taken from her hip), causing the spine to fuse into a solid mass. Although this would straighten her spine, this would also mean she would be unable to bend her back, and her spine would be forced to stop growing at age 12. There are higher risks of osteoarthritis and osteoporosis of the spine later in life after fusion. We desperately wanted to avoid this. There is a newer non fusion surgery called VBT, vertebral body tethering, and an advanced form of VBT called ASC, anterior scoliosis correction, which is much less invasive, less complications, and keeps the flexibility of the spine and would allow it to continue to grow. This surgery has been performed regularly in the US since 2012 with good results. Instead of fusing the spine, a flexible cord is attached to the outside of the curve, pulling it partially straight during surgery, then as she continues to grow, the spine continues to pull straighter. Much like braces work on teeth. This surgery would hopefully allow Violet to live a normal pain free and flexible life, but also wouldn't rule out possible fusion in the future if that had to happen. Once fusion is done there is no going back. Frustratingly VBT was offered for a short time in 2016 on the NHS, but funding has been withdrawn for the time being while longer term results are being monitored. In a few years time this will no doubt be offered again on the NHS, I believe it is the future of spinal surgery, but this will be too late for Violet. We are on a race against time now. At her age we know from her x-rays that she still has plenty of growing to do, but also that she is already starting to lose the flexibility of her spine, which apparently happens around this age, making any type of surgery to straighten it more difficult. Many children from the UK have already been to Turkey, Germany, Spain and the US for this surgery with great results. We met the surgeon in Barcelona two weeks ago and Violet is a good candidate. We are hoping to book her in for ASC surgery in Barcelona in October and trusting in the universe that we can raise the money for it. There's no way we can raise this sort of money alone, but I have to believe that we can do it and do what is best for Violet and her future life. I can't let her future be dependent on finances. We are so very grateful for any donation to help her, big or small. Thank you from the bottom of our hearts, from all of Violet's family who love her very dearly. xxx