Weʼve raised £750 to for the Homeground Initiative, a charity changing the lives of early learners and youth in rural South Africa. Read the story below...

Luck and literacy in Geluksburg

In January 2019 I rang Michael Flockhart (Flocks), an old school mate of my brother and also a family friend, for some advice. I wanted to understand how I could best help somebody that I’d met while we were holidaying on South Africa’s beautiful Wild Coast in December 2018. 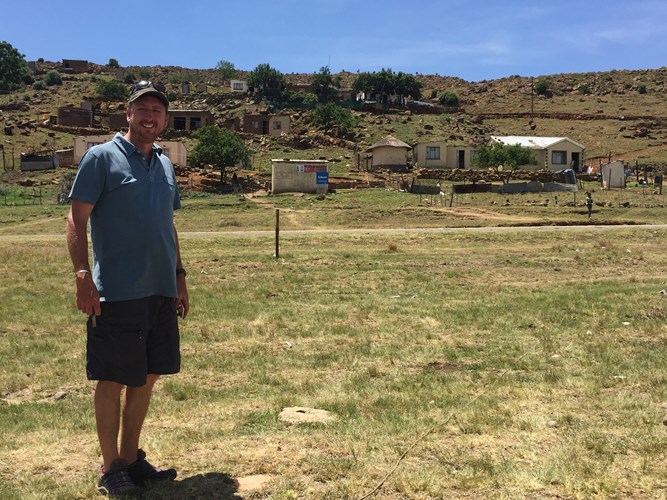 Our walking guide, Moyisile Simile (aka Bee), had lots of ideas for micro-businesses, and seemed committed to improving his life, the lives of his children and the community. As a silver medallist in the South African ultra-marathon Comrades, he had already started a local running club for children who were vulnerable to drugs and alcohol abuse. Bee impressed us hugely and I wanted to help him (more about Bee here ).

Knowing a bit about the work Flocks has been doing with Sportstec , an enterprise which he founded in 2006 to bring about social change through sport, I was confident he could point me in the right direction. In fact, he went further, inviting Bee to visit the Geluksburg centre and helping him to establish his own charitable enterprise on the Wild Coast – Running Wild.

Soon after, I rang my brother to sing Flocks' praises, and to tell him, somewhat smugly, about my efforts to help Bee and how we wanted to somehow tell this story. His response, give or take, was:

The story is much bigger than Bee. And anyway this isn’t about you. You’ve got to go to Geluksburg to see. What Flocks is doing is incredible.”

So, in November last year, on a short visit to see my mother, we made the journey to Geluksburg, a remote and forgotten rural town in South Africa’s Northern Drakensburg. And, yes I have to admit that, for once, my brother was right. Flocks and Charmaine, his wife, and their incredible team are on a mission, some would say mission impossible, but they are already making a huge and tangible difference to people’s lives. 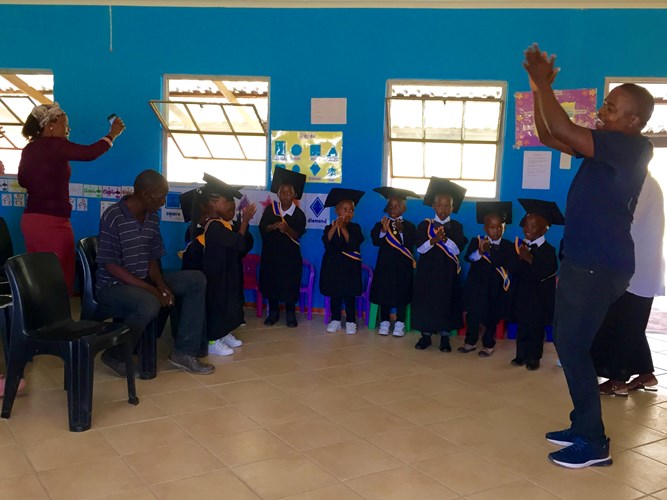 The Sportstec’s Homeground Initiative was established with support and backing from UNICEF but is now its own charity - the Sportstec Development Fund. As a result, Geluksburg now has a town hall and brand new early learning centre, and another has been built in nearby Greenpoint. Children within a 30-km radius are transported to and from the centre in the morning, where they receive free meals. In the afternoon, the centre, which is equipped with offline digital learning materials, becomes an after school club for older children. Teachers are being trained, entrepreneurial courses are available for those that want them (a tuckshop in Greenpoint has been established as a result) and that’s just for starters (more detailed success stories to follow).

There is so much to achieve here but now that UNICEF has stepped away, funds are tight.

I’ve committed to helping raise awareness and to do my bit in raising a few quid. Small amounts can make a big difference. At the lower end of the spectrum, just having a projector (about £200-250) would make a difference to staff’s early learning goals. Bigger dreams include developing one of the buildings (the building below - Sifiso Khosa, one of the programme's coordinators, showed me round) on the site into a youth club where local youth can come to hang out, watch sport, read books and socialise. 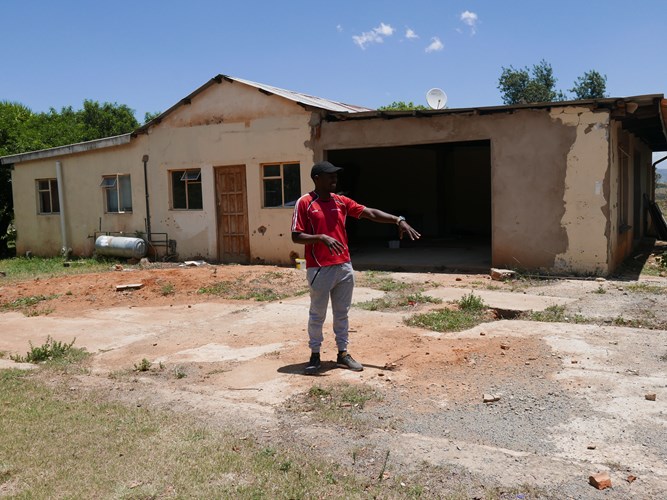 Every single penny will go directly to Homeground Initiative , and every single penny counts, and I will be keeping you updated about where your money is going. One thing is guaranteed - you will be making a difference.

South African born but living in London, I'm an independent writer and content producer who has covered everything from travel to education, healthcare, renewable energy and ICT. With one foot still in Africa, I'm interested in the role of business in driving social change.