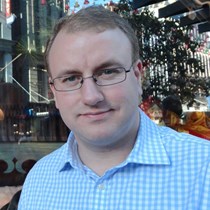 Weʼve raised £185 to restore the memorial to Private George E Ellis of the Machine Gun Corps, born in Ince and died on 15 August 1917, aged 23 at Passchendaele.

Private George Edward Ellis was born at Ince in 1894, the second of four sons to Edward and Sarah Ann Ellis and worked as a labourer. In 1915 he enlisted, almost certainly voluntarily, to serve in the First World War with the King's Shropshire Light Infantry. In 1916 he was transferred to the Machine Gun Corps and posted to France in June with No 168 Company in the 56th (London) Division. A matter of weeks later his unit saw action in the field during the latter phases of the Battle of the Somme before taking part in the Arras offensive of April 1917 and then in August 1917 in the series of battles we now name Passchendaele.

On 15 August 1917 the Company moved forward into front-line positions for the forthcoming Battle of Langemarck. During this move we understand the unit came under heavy shellfire and George Ellis was severely wounded. He was removed to No 55 Field Ambulance and died from shrapnel wounds to his shoulder and side. It is likely he was buried in a temporary graveyard adjacent to the Field Ambulance station and is commemorated on a Special Memorial (No 12) at Menin Road South Military Cemetery. The exact site of his grave is unknown but his gravestone states 'believed to be buried in this cemetery.'

Within the grounds of his parish church at Ince, near the footpath leading to the main entrance is a small local memorial, presumably erected by his family to commemorate his service and death in the community of which he was a member. Over the years this memorial has become severely weathered and a number of the lead letters have disappeared. With the centenary of the death of Private Ellis approaching, our Parish of Thornton-le-Moors with Ince and Elton would like to undertake a restoration of the memorial in preparation for a short service of remembrance in mid August. Although the funding has been agreed to undertake this work, we would like to offer the opportunity for members of the local community to contribute to this restoration project.