Weʼre raising £1,000 to to help George Thompson & his family, whilst he undergoes treatment for the rare children's cancer, Neuroblastoma.

Until recently George was your average fit and healthy 17 year old teenager. George loves his sport regularly playing football & rugby, being selected to play for several South West teams, he captained Devon RFU under 15's, and was selected to play for Devenport Services & Exeter Chiefs. He has passed his driving test in October & had started an apprenticeship.

After suffering with lower back pain for some time and undergoing lots of tests George's family was given the devastating news that he had a tumour in his sacrum which was actually the rare child cancer, Neuroblastoma. Not only is this cancer rare in children under 5 years old, it is even rarer in teenagers and adults. They were also told that the cancer has spread from his sacrum into the bone and bone marrow of his pelvis.

Living in Saltash, Cornwall, the best place for treatment in the South West is Bristol Children’s Hospital. George's family has pretty much had to relocate their life to Bristol, making regular journeys to and from Cornwall.

The funds raised through this page will help George's family financially whilst they step back from their employment to support & be with George through his chemotherapy, which is due to last the best part of 2020. The funds will also be used to get George out of the hospital for some down time in between chemotherapy, when driving back to Cornwall will be too much for George and to ensure he isn’t too far away from hospital whilst risk of infection is high. 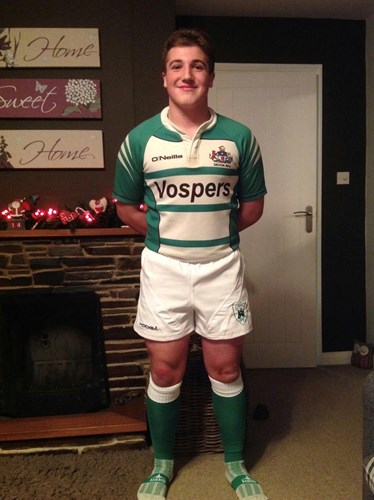 Any funds remaining once George has completed his treatment and back on his feet will be distributed between the charities, Neuroblastoma UK, CLIC Sargent & The Teenage Cancer Trust, all of which have already helped George and his family at this difficult and challenging time.

Absolutely any amount you can spare to donate will be appreciated by both George & his family and the charities listed.