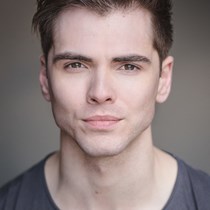 Weʼre raising £5,000 to Acting For Others and The Ghost Light Ensemble

With theatres across the country closing their doors in March of this year leaving the creative industries in chaos, the Ghost Light became a symbol; a beacon of hope for actors, singers, crew and audiences alike that someday soon we would return. We’ve planned, we’ve fought, we’ve petitioned and yet again we’ve been plunged into unknown, unsteady waters with another national lockdown.

‘Ghost Light’ is a charity single written by Adam Gillian (Beautiful: The Carole King Musical, Hadestown) produced by Ryan Gillian (In Palms) and features performances from a range of performers, representing the West End, Regional Touring Companies and 2020 Graduates. All recordings were done remotely from all over the UK during the first national lockdown.

The proceeds will be split 50/50 with one half donated to Acting For Others and the other split evenly between all* performers and creatives involved in the single.

*some performers have opted to donate their share to Acting For Others.

The track will be released with an ensemble video on all social media platforms on Friday 20th November. It will then be available to stream on Spotify, Apple Music, Amazon Music etc, from Friday 27th November.