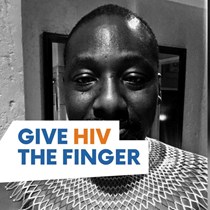 Weʼve raised £1,055 to This fundraiser will help Revd Dr Gideon Byamugisha get treatment post cancer diagnosis. He is a pioneer of HIV campaign and needs help.

Reverend Canon Gideon Byamugisha (born 1959) is an Anglican priest in Uganda. In 1992, he became the first religious leader in Africa to publicly announce that he was HIV positive. In 2009, Revd Byamugisha received the 26th annual NIWANO Peace Prize in recognition of his work to uphold the dignity and human rights of people living with HIV/AIDS. In 2015 he was diagnosed with cancer, received treatment and was making progress, but lack of funds meant that he cannot go for review in India where specialist treatment is being offered, in order to maintain the diagnosis. We need your help to give Revd Byamugisha a gift in time for his medical appointment in March 2019. Revd Byamugisha co-founded the African Network of Religious Leaders Living with and Personally Affected HIV and Aids (ANERELA+) in February 2002, and in 2003 founded Hope Institute for educating orphans. He lives with his wife and three HIV negative children. Every penny counts and we would truly appreciate all of your support at this time.

Reverend Jide Macaulay is the founding Pastor and CEO of House Of Rainbow CIC. British-Nigerian born in London, a Christian minister since 1998, Jide focuses his ministry on inclusion and reconciliation of sexuality, spirituality and human rights. Chairperson INERELA+ Europe