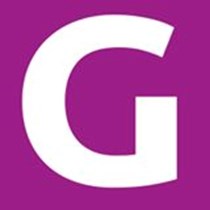 Weʼve raised £240 to build a statue of Scotland's king of comedy Billy Connolly in his home city of Glasgow.

Glasgow Live has launched an exciting new campaign for a statue to be built of Scotland’s king of comedy Billy Connolly and installed in his home city of Glasgow.

Sir Tom Hunter has kicked our campaign off to a flying start with an incredibly generous private donation of £30,000 from The Hunter Foundation.

Glasgow City Council are throwing their weight behind our campaign and we are now asking you to get on board and donate to our crowdfunding campaign to help ensure this grand plan becomes a Glasgow reality.

“Billy Connolly is an iconic Scots comedy genius who sums up Scotland, said Sir Tom of The Hunter Foundation.

“Never afraid to take the mickey out of himself, who doesn’t love the man who said ‘there are two seasons in Scotland, June and Winter’. Billy is a man for all seasons … God only knows what he’ll think of a statue of himself but I’m willing to support it just for his reaction!”

Glasgow Live will consult with Glasgow City Council over proposed locations for the statue and they immediately gave their support behind the campaign.

“Billy Connolly is without doubt a Glaswegian who has brought great fame and pride to the city and its legendary sense of humour,” said Councillor David McDonald, Depute Leader of Glasgow City Council.

“I wish the fundraising campaign every success in achieving its aims.”

With Sir Tom’s £30,000 safely in the bank, over the coming weeks we will seek financial backing for the fund from other generous, well-heeled Scots and you, our loyal readers.

If any surplus funds are raised we will donate that money to a local charity.

You can contact the team at Glasgow Live for further information and to offer your support by emailing news@glasgowlive.co.uk

GlasgowLive.co.uk is your daily guide to the latest news, entertainment and what's going on in Scotland's biggest and best city.