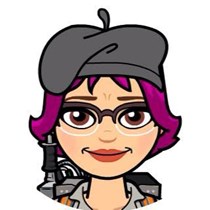 Weʼve raised £580 to Get The Midwives to Glastonbury Festival 2017

Every year midwives are at Glastonbury Festival...
Like last year, we are raising money to hire a van for the week and to pay for the fuel to get us, the yurt and our equipment there and back. Last year the van cost £370 and we spent £100 on fuel, we then encountered some unforeseen costs at the end of the festival due to not being able to leave the site because of the horrific weather, which came out of our own pockets. The charity we represent is a small concern and cannot afford to fund transport to the festival.
Many moons ago the local hospital provided NHS midwives to work at the festival in the medical centre. Understandably there would be massive uproar if that were to happen now, so, The Midwives at Glastonbury Festival are midwives who take a weeks holiday from our NHS jobs and volunteer at the festival, to uphold the tradition, and are now situated in the Earth Circle of the Healing Fields.
We belong to a charity called The Association of Radical Midwives (ARM) - a charity that promotes normal birth and with membership that includes doctors, chiropractors, mothers, fathers, doulas, expectant parents, hypnotherapists as well as the ubiquitous midwife.
The yurt is staffed for the entire festival (for us it's over a week of the festival including set up and dismantle) by four qualified midwives, we set up the yurt as a haven of peace for anyone needing midwifery support.
We are NOT there to provide routine midwifery care but will provide emergency care if needed.
Last year was a challenge, the mud was half way up the wellingtons most of the time and people who came to see us often stayed for a long time, we provided much tea, biscuits and often the only warm and dry place to rest and recover. Did I mention? We also have a wood burning stove.
For visitors, the Midwife Yurt is open from midday Wednesday to Sunday afternoon, mostly 10am to 7pm

I work as a midwife for the NHS in a Nottingham community setting. I'm also a nurse for a charity called Beaumond House Community Hospice based in Newark. My passions are theatre and drama, my cats, knitting dischcloths (I like knitting other things but don't seem to have time).