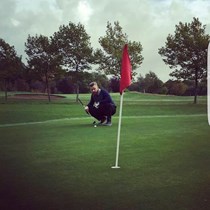 Weʼve raised £3,689 to Ensure Lee has chance to create amazing memories with his young son Ronan and Give him piece of mind that his boy will be well looked after.

In November 2016 Lee Adams received some awful news which in his words "felt like the doctor had taken the chair from underneath me and kicked me in the face at the same time". Lee has been diagnosed with Stage 4 cancer and given only months to live.

With Lee being such a proud man and spending the majority of his life being the person that everyone else looks to in the time of need and support It's hard for him to accept that his friends and family are now trying to help out in whatever way we can. Lee has spent most of his time working away from home for long periods of time and missed his family a lot, i would hear him through thin hotel walls face-timing his son late at night (to combat time difference) laughing and joking with his little boy before he went to bed.

On the 8th of January at the Dickens Inn Middlesbrough 20+ guys are getting together to do a sponsored Head and Beard shave and or Chest and Leg wax. There will also be a raffle/auction to try and raise as much money as we can to let Lee and his little boy spend some much deserved quality time together and give Lee piece of mind that Ronan will be well looked after.