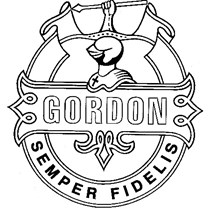 Weʼve raised £960 to go towards building a girls’ boarding house for a school in Zimbabwe as part of our whole-school charity work for the Camelthorn Foundation.

Two Sixth Form students at Gordon’s are embarking on the challenge of the Via Francigena, a 1,900km pilgrimage from Canterbury to Rome via the Alps! Isaac Johnson and Daniel Drakeford, will walk along the historic UNESCO trail and will be raising money to build a girls’ boarding house for a school in Zimbabwe.

The pair will attempt to reach the Vatican within 90 days of their blessing at Canterbury Cathedral, where they are setting off.

“Not many people thought that we were actually doing it. They thought we were joking about the whole thing” laughed Dan. Isaac added: “There were people at the beginning that wanted to do this with us but they seem to have dropped out!”

They will follow the pilgrim’s route, through England, France, Switzerland and along the recently opened Great St Bernard Pass before entering Italy. While they are hoping to stay in churches and hostels where possible, to keep costs down, they are taking a tarpaulin to sleep under and have allowed themselves the luxury of sleeping bags and roll mats.

Their chosen charity is the Camelthorn Foundation, a UK-based charity supporting global community and conservation projects. Gordon’s has linked with the charity for three years to support its education arm and the Ngamo Secondary School in Ngamo Village. The school educates around 147 students from 13 years old to 16 years old from a 50k radius.

With no public transport, the children must walk at least seven to ten kilometres every day to school with some as far away as 20 kilometres. Their journey to school is arduous, and involves walking through thick Kalahari sand with the risk of encountering lion or elephant on the way. So those living further afield - nine girls and six boys - are weekly boarding at school.

Boarders are expected to bring their weekly evening meals when they come to school on Monday mornings. They sleep in rudimentary facilities, which at present is on the floor of a teacher’s accommodation. They must cook their own evening meals and wash their clothes. While the school has some access to water, it does not have electricity or solar power.

Money raised by Isaac and Dan will go towards a purpose-built boarding house for the girls.