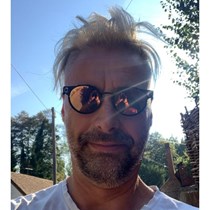 Weʼve raised £13,157 to to create a fairer legal precedent for maintenance payments

I am Graham Mills, I am raising funds to create a fairer legal precedent for men in divorce. A recent High Court decision against me has set a dangerous precedent and has set maintenance awards back 20 years. The ruling affects anyone who is going to get divorced and anyone who is currently paying maintenance. The ruling has created a public outcry and left the legal profession and courts unsure of the ramifications.

Fifteen years ago, I divorced and have supported my ex wife & son generously ever since. I also paid her a £230,000 lump sum, which should have been used to safely house her and our son. However though her extravagant spending she blew it all, as well as all the money she made on house purchases, in just 7 years. I took her to court to end the maintenance payments. She claimed she could only work 2 or 3 days a week. The judge unbelievably ruled that I need to continue to pay her for life, effectively excusing her spending and allowing her to only work 3 days a week despite evidence that she is capable of working full time.

Despite that, my ex wife then took me to the High Court claiming that she could not meet her basic needs and won an increase in the maintenance payments that I make to her.

The ruling has effectively made me responsible for her financial mismanagement. This will now apply to anyone in a similar situation.

The Press claimed my case effectively made men “cash machines for life” –and I’m inclined to agree.

I see this ruling as not only completely unfair for me, but one that has implications for all men.

My case has been widely publicised and could affect all current and future maintenance awards. I’ve been contacted by many men who feel the law is punishing them, too.

That’s why I’ve decided to take my fight to the Supreme Court – but to do that, I need your help.

Defending this has left me with debts. But I’ve come too far to give up. Now I need to raise £50,000 to take my maintenance case to the Supreme Court.