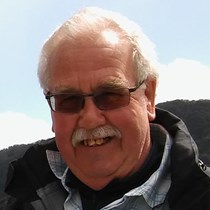 Please contribute to the costs of taking a restored WW2 amphibious vehicle to parade proudly at the 75th Anniversary D-Day commemorations.

IKE is a WW2 amphibious vehicle built in 1944 and saw war service in Europe, perhaps at D-Day itself, carrying men and supplies across the beaches to sustain the allied invasion of Europe. DUKWs were operated by men of the Royal Army Service Corps, the lorry-drivers of the army!

From the 1950s this DUKW enjoyed a second life with Searles Seatours of Hunstanton, taking thousands of holidaymakers for fun-filled trips across the sands and onto the water. Many fond memories remain of this time of simple fun on the sunny beach as the DUKW now named IKE and sister amphibian DERVINA plunged into the water.

Eventually time and saltwater took their toll and IKE was laid up on shore to rust away. However Peterborough farmer Graham Smitheringale never forgot a childhood ride on IKE during his family’s annual day trip to Sunny Hunny.

So in 2017 IKE came to be rescued and to be rebuilt with the goal of saluting the WW2 heroes through participation in a 75th Anniversary D-Day commemoration. Along the way, a new hull was found, bringing in even more history from one of the last DUKWs in UK military service, retired from the Royal Marines after 66 years of service.

The restoration is almost there - the hull is rebuilt, repainted with D-Day markings; the mechanical fit-out is almost complete - at a substantial cost and with the support of many donors. IKE ran for the first time on May 24th - just 11 days before the D-Day deadline.

To complete the salute to the WW2 heroes, the team plan to take IKE to one or more of the 2019 D-Day anniversary events. Dervina, the second Hunstanton DUKW, will be in Normandy. IKE will be in Portsmouth from June 4th to June 10th at the official UK D-Day Remembrance events. IKE will be located on Southsea Pier, only metres from the D-Day Stone, and the location of the official UK Service of Remembrance on June 6th - so very accessible for the veterans attending. D-Day 75 Portsmouth 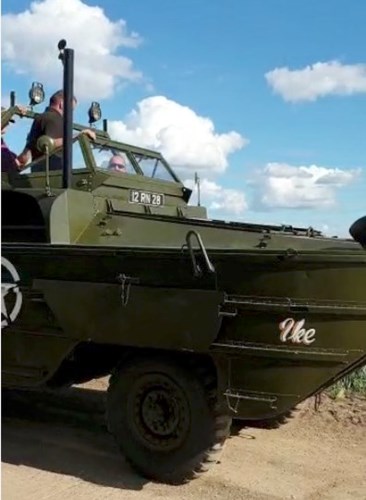 Please give generously towards the restoration and the costs of transport and support to take IKE to the commemorations.

Images and the full story of the project can be found by following the updates below - follow the “more updates” tab for the complete story.