Weʼve raised £51,115 to help Greg walk and write again so that he can return to the classroom to continue teaching.

Not all Super-heroes wear capes!

For those who don’t believe in super-heroes, meet Greg!

Greg is a remarkable 30 year old who has lost his lower legs and fingers on both hands after becoming critically ill with meningococcal sepsis and neisseria meningitis. The sepsis caused total organ failure along with necrosis of the legs and fingers, resulting in him being placed into a coma for a month and a half. 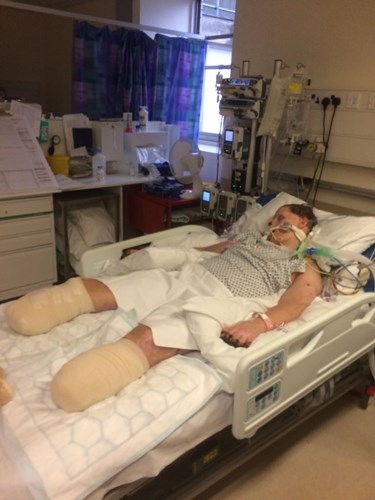 This is not Greg’s first battle with ill-health. At the age of eleven he was hospitalised and treated for leukaemia. He won this battle and continued his education suffering with a second bout of leukaemia at the age of seventeen. He again managed to fight this battle with cancer while completing his A Levels in hospital only for it to return a third time at the age of twenty one.

3 months into his recovery from the bone marrow transplant which he received from his sister, he received a further set back having contracted Guillain-Barré syndrome. This left Greg paralysed from the waist down with the doctors telling him he was probably not going to walk again. Within a year he learnt to walk again.

In his late twenties Greg was diagnosed with Nephrotic Syndrome which is a form of kidney disease. After 18months of treatment his kidneys started to recover.

Despite all this suffering, he continued his education graduating from Canterbury Christchurch University with a Computing Degree, leading to him taking up a teaching career. After a few years of teaching Greg achieved a Masters Degree in Education.

Greg has a great sense of humour and remains positive. He has a great interest in football and sports, supporting his local football team, Gillingham FC as well as Manchester United; enjoys attending music festivals, WWE and NFL games, being an avid Seahawks fan and loves travelling. 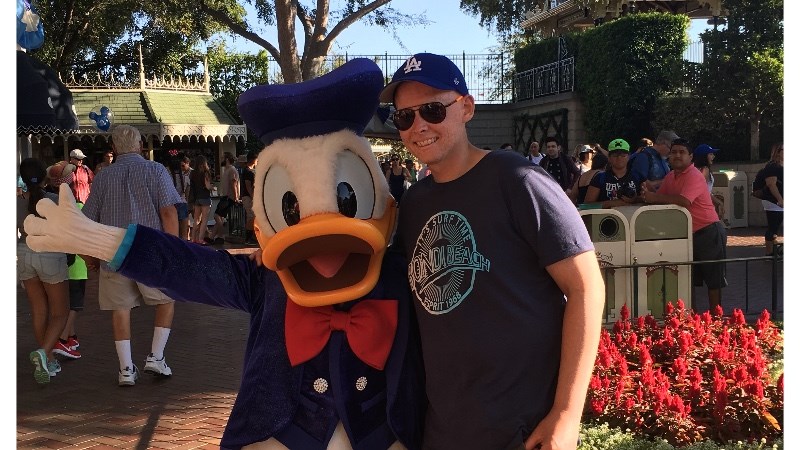 Greg has a long journey to recovery and will need help and support for his rehabilitation to everyday life and is determined not to let this latest trauma stop him returning to the classroom.

Greg believes that every child deserves an education and despite his disabilities is eager to return to teaching to inspire and encourage the younger generation and provide them with IT skills required for this technical age and show them despite however many times you are knocked down, pick yourself up and keep going.

In the words of Chumbawamba:

I get knocked down but I get up again, you’re never gonna keep me down.

Family and friends are keen to support Greg enjoy a full and active life; if you would like to support his rehabilitation and return to the classroom all donations are welcome no matter how small.

The GK Trust has been set up by the family and friends of Greg, in order to raise funds to help with his rehabilitation.