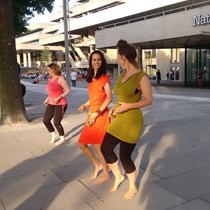 The walk will take place this Sunday 19th August:

IF you haven't already, let us know that you're coming.

All donations received will go to the Maharishi Dayananda Gurukula NA Inc - Foundation registered in the USA.

Inspired by the life of Mahaa Rishi Swami Dayananda Saraswati, we the students of Gurukula, commit ourselves to instill and perpetuate the Vedic Concept that every soul has come into this world to achieve Mukti. Toward this end, we must cultivate an environment at home, in Mandir and in society that fosters the pursuit of Mukti. We believe that we can cultivate that environment through Gurukula education. While studying in Gurukula, we seek to discover the dimensions of our rich cultural heritage, shape our present and generate an empowered anticipation of the future.

The word Gurukula literally means the family of the Guru. Since ancient times, many legitimate, qualified teachers have opened up their Gurukula family-schools to teach students the knowledge of Vedas and other ancient Sanskrit writings. These students lived with the Guru who had an excellent opportunity to study their character and offer them individualized attention while teaching them. Students graduated and went on to start their family lives or to become traveling missionaries. These Gurukulas have been India’s teaching institutions for thousands of years until modern schooling started. Even today, young people in India are still schooled in Gurukula institutions.

A Gurukula was started in New York City by Dr. Satish Prakash. For the past fifteen years, it has been teaching Sanskrit and Hindi Language and Literature, Philosophy and Rituals. Students, however, do not live in the NYC institution because of a loss of space. They come and go on a daily basis. It is now the intention of Dr Satish Prakash to start a Gurukula in Guyana with full residential facilities. It will be built on a plot of land measuring 300’ by 100’ and situated at Uitvlugt Ocean View, West Coast Demerara. The Gurukula complex will be made up of an L-shaped 3-story building, and a separate 1-flat auditorium measuring 90’ by 30’. The estimated cost is 800,000 USD. So far, we have collected 400,000 USD.

Two programs will be taught side by side in the Gurukula - one for those students who need a second chance at acquiring their high school diploma, and the other for youngsters who wish to train to become Vedic-Hindu missionaries. All students will be taught Hindi, Sanskrit, Music, and Yoga. Teachers will be recruited from both Guyana and India.

Land acquired for the Gurukul 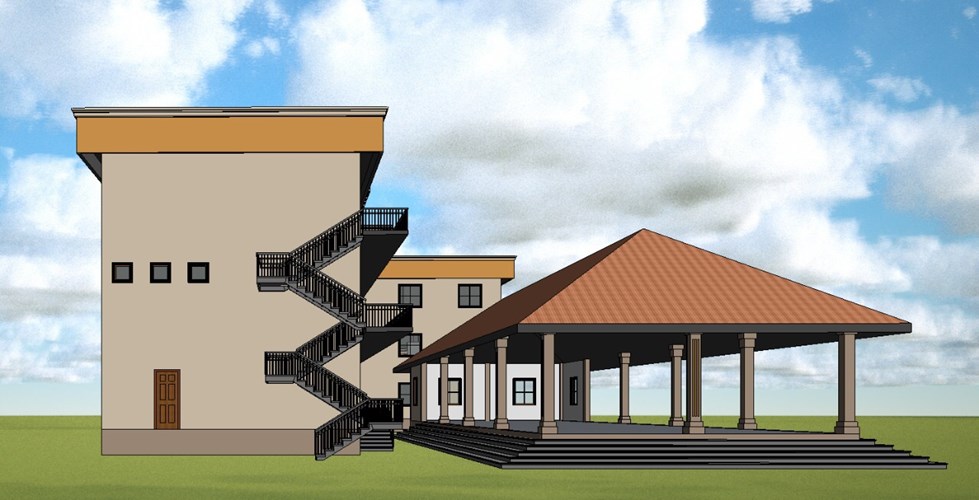 Side view of Gurukul architectural design

Dr. Satish Prakash was born in 1953 in an Arya Samajist home in Uitvlugt, West Coast Demerara, Guyana, South America. At the age of seven, he chanted Veda Mantras in such a manner that his parents and local Arya Samaj elders were convinced he would have taken an inner interest in Mantras in his later life. At the age of twelve, he edited and circulated a transliterated and translated version of the Havan Mantras for use among young Hindu worshippers. During his undergraduate years at the University of Guyana, Satish Prakash organized several seminars, workshops and camps in which he lectured on the teachings of Veda. In 1976, he wrote and published an Anthology titled, The Veda – What It Can Teach Us. This book has been used for years by thoughtful minds seeking to grasp the inner meaning of the Veda.

In 1974, Satish Prakash graduated from the University of Guyana with a first degree in Spanish and French. In 1977, he traveled to India to study Sanskrit Grammar and Etymology according to ancient methods of instruction. In 1985, he earned his Doctor of Philosophy degree from Gurukula Kangri University, Haridwar, India. As part of his doctoral thesis, Dr. Prakash critically analyzed Rishi Dayananda’s universally acclaimed Satyarth Prakash (The Light of Truth). During the eight years he spent with his Acharyas, Dr. Prakash studied the Vedic limbs and sub-limbs (Anga Upaanga), and other exegetical works called Braahmana, Aaranyaka, Praatishaakhya, and Sutra. He has had intensified discussions with celebrated scholars involved in researching the Veda. He brings to the West an in-depth understanding of the Etymological Method of Vedic Interpretation structured by Yaask Muni thousands of years ago, and rejuvenated by Rishi Dayananda Saraswati in modern times.

Dr. Satish Prakash has evolved into becoming a thinker and writer of considerable caliber. As Founding Acharya of Maharshi Dayananda Gurukula, a Cultural and Educational Center in Jamaica, Queens, New York, he currently teaches Sanskrit Language and Literature to High School and University Students, and travels to many parts of the Arya/Hindu World lecturing on Veda and allied subjects. He has written and published translations and commentaries on several works of Hindi-Sanskrit Literature, including the Raamcharitmaanas, the Bhagavad Gita, and the Sanskaar Vidhi.

Anjanie manages the JustGiving page for the the UK fundraising efforts for the Maharishi Dayananda Gurukul. You can also contact Dr Pandit Satish ji on +1 917 680 2948 And follow him on Facebook: https://www.facebook.com/satish.prakash.12