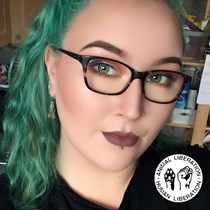 Weʼve raised £542 to the Mutch brothers!

Hello! My name is Chloe and for the past couple of months I've been thinking about shaving my hair off to raise money for a good cause, and now's the time! I've decided it will be going towards the Mutch brothers, Thomas (15) and Matthew (20). This is their story...

It all started in October 2010, when Thomas got the devastating diagnosis of Osteosarcoma in his right leg. After battling cancer for 4 months, he had to have his leg amputated, when he was just 8 years old. He has already had to go through one revision surgery to cut back the bone, as he is still a growing teen, and sadly, that may not be the last. Thomas is now able to ride a bike which is amazing, but unfortunately his leg isn't waterproof, meaning he is unable to go swimming or anything of the sort. It was said that this cancer was not genetic, and wouldn't happen again.

Fast forward to January 2017, the day after Matthews 20th birthday. After having trouble with his knee, he too got the same unfortunate diagnosis as his brother and had to start chemotherapy as soon as possible. The chemotherapy was working, but not enough to save his leg, and he had the same devastating outcome of having to amputate his leg. For as long as I've known Matthew he's always been into sports, and is a qualified referee, so you can imagine how much this had affected his life.

The money is being raised to make sure these boys get the best legs possible so that they can still achieve their goals with no limitations! Even if you can just donate £1, it will mean the world to both me and them. Thank you.

As both of these boys had to lose their hair, I'm going to lose mine on Monday the 27th of November!