Weʼve raised £35,783 to fulfil Hannah Wilson’s final wish to give back to the charities and services that supported her during her final weeks 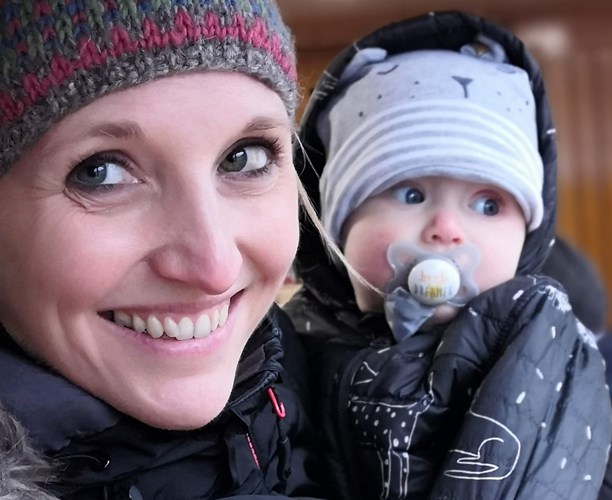 Hannah Wilson, a much loved mummy, wife, daughter and sister, passed away on 25th April 2021 aged just 41, after a late diagnosis of cancer, and just 7 weeks after having her second child.

Hannah’s wish was that no flowers were to be bought for her funeral. Instead she asked for donations to be made to all the services and charities that supported her during her final weeks.

At the time of diagnosis Hannah was 30 weeks pregnant. How she had grown a baby, with the pain she’d been enduring for so long, and the amount of tumours in her body, is something that will always amaze us, and an admiration that can never be topped. 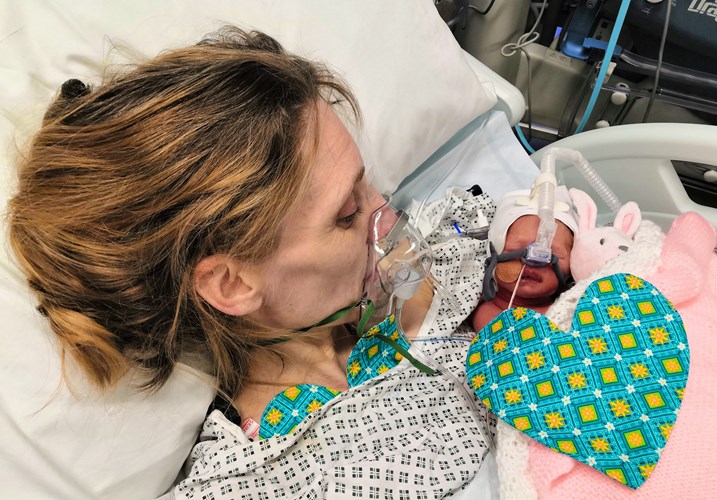 With Hannah’s deteriorating health, it was decided that at 31 weeks pregnant, baby needed to be delivered, and Sadie Jessica Rose was born on 4th March 2021, weighing 3lb 9oz. During the caesarean section it was discovered that the cancer was far more advanced than initially thought, and Hannah was given just weeks to live. At this point our whole world fell apart, but Hannah stayed so strong and began making plans for her family (Hannah also has a little boy, Jude, aged 22 months). 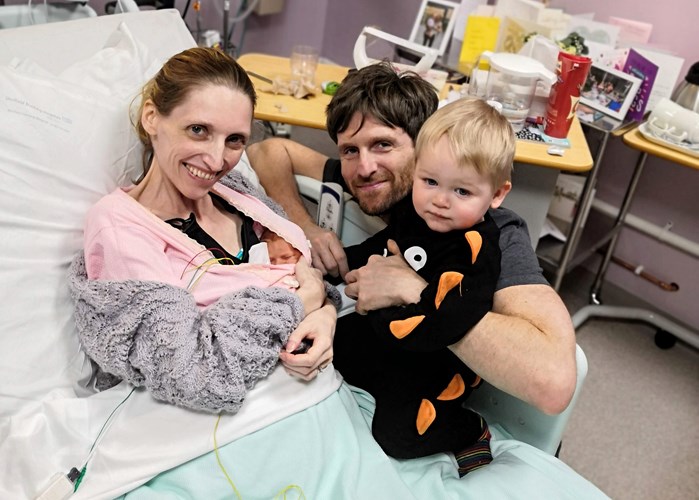 Hannah had been with her partner Andrew for 10 years but they’d never got around to getting married, even though this is something they planned to do one day. So, with less than 24 hours notice their wedding was booked, along with a naming ceremony for the children. All planned to take place within Jessops hospital. The staff had never organised a wedding before, but you wouldn’t have known. They arranged every little detail you could possibly think of; from a cake, flowers, balloons, to wedding favours. They even decorated Hannah and Andrew’s hospital room as a honeymoon suite, with ‘Just Married’ signs and some fizz. Morrison’s donated enough food to feed a small army, the chaplain worked her day off, and the nurses bought so many gifts that we needed a trolley to push it all out of the hospital. It was the most emotional and unique day that could ever be. We can not thank Jessops enough for the thought and effort they put into this day, while still carrying out their extremely demanding day jobs. 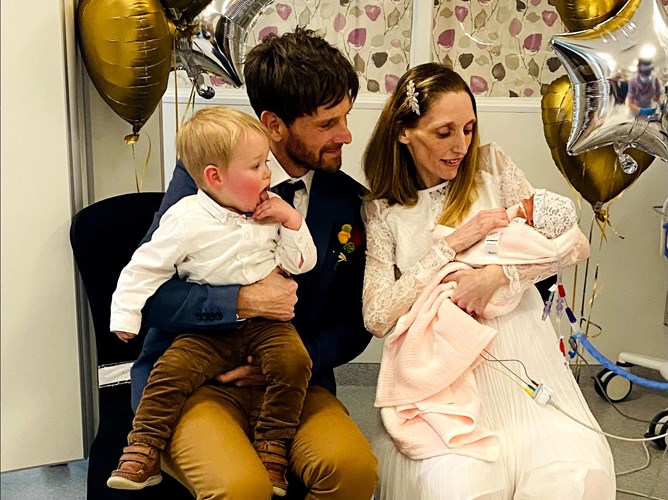 Shortly after this Hannah was moved to Barnsley Hospice, a place nobody ever wants to be, but somewhere we have only ever heard praise about. Well, that opinion is not wrong. The staff are out of this world and provided Hannah, and the entire family with the most heartwarming care and compassion you could believe. Hannah talked to them about many things, one of them being how sad she was at the thought of never seeing the sea again, so they arranged for her to go to a beach, and the charity The Ambulance Wish Foundation facilitated a trip to Scarborough, where Hannah, Andrew and Jude got to spend the day at the seaside and make some cherished memories. 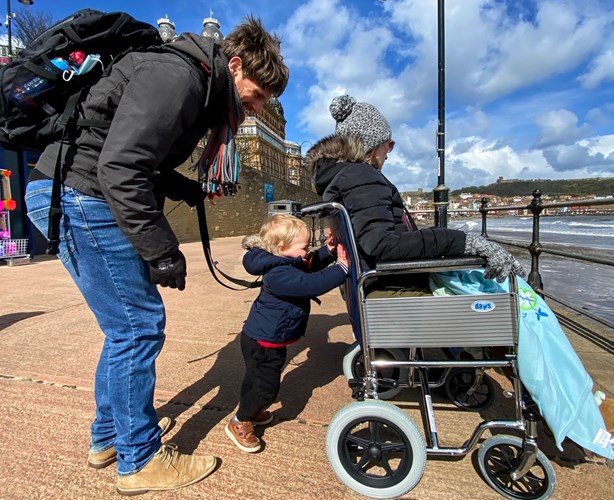 When Hannah was moved to the hospice, baby Sadie was also moved to Barnsley Neonatal Unit for her care to continue as closely to her mum as possible. The neonatal unit had never experienced such a case. They pulled out every stop to ensure that Hannah could have as much time as possible with her little girl, transporting Sadie daily by ambulance to the hospice for visits. The nurses also ensured Sadie was given extra cuddles from all of them. 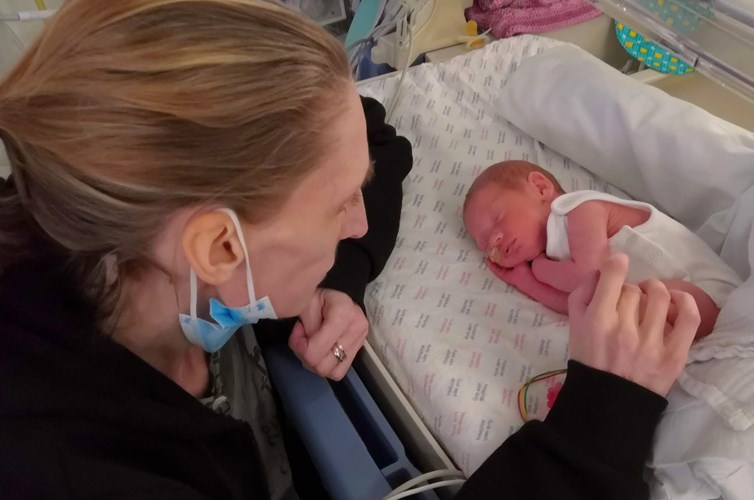 The charity Mummy’s Star provided memory boxes, a grant to help with childcare and cleaning, and support for everyone, both then and into the future.

Thankfully baby Sadie’s journey has been a smooth one and she was discharged from neonatal care just two days after Hannah’s passing. She is a little superstar - something that no doubt she has inherited from her inspirational mummy.

Words cannot express the heartache we’ve been left with from losing Hannah. She really was one in a million who was so selfless until the very end. So please, if you’re able to, could you help us to fulfill her final wish and support the charities and services that made such a difference to her final weeks. 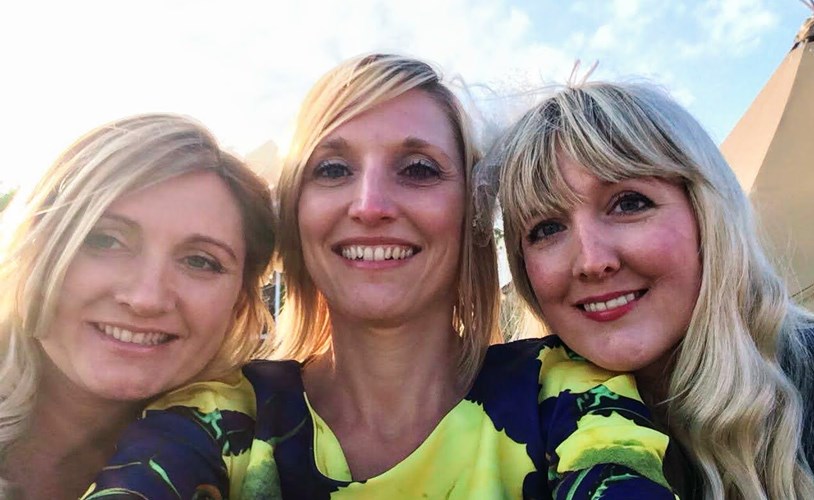 Life can be, and has been incredibly cruel but, we’ve also seen an overwhelming amount of kindness from people and places that we did not even know existed until the last couple of months. You never know if one day you might also need their help xx

All donations will be split between Jessops Wing, Barnsley Hospice, Barnsley Neonatal Unit, The Ambulance Wish Foundation, and Mummy’s Star.