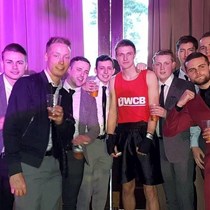 Harry Okaine, who is known to friends as Prince Harry, came to Britain in 2001, leaving behind his wife and five children, and has lived and worked in Croydon since 2003.

For the past 15 years, come rain or shine, Harry's broad smile could be seen on Purley Way, where he would be with an enormous sign around his neck, wearing big sunglasses and a floppy hat.

He was there, sat on a chair at the junction with Waddon Way, every day from 7am to 5pm Monday to Friday, and became a popular sight for commuters and traders thanks partly to his broad grin and happy demeanour.

Harry worked for New Era Metal Recycling, which is based just off Purley Way, directing passing motorists to the scrapyard with his giant advertising placards.

But he left his role at the company on May 8, and now hopes to soon return to Ghana, where his family still live, and hopes to raise some funds so he can fulfil his dream of going home to open a petrol station.

We are now raising funds for Harry to fulfil his dream.