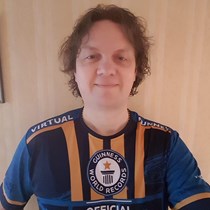 Weʼre raising £15,000 to give Harry and his family the respite they need and the experiences they deserve after his battle against a very rare form of brain tumour.

Children and youth
11 days to go

Harry's treatment started when he was just 13 in Feb of 2021. 3 days later he endured a 13 hour operation which was successful but did not remove all of the tumour. He continues to have proton and chemo therapies and had his 14th birthday during treatment. His determination and your support will see him through so he can continue to pursue his dreams.

Harry loves Taekwondo, his journey began at age 5 and by 7 he was competing in Olympic style and now, age 14, he is a 3rd Dan black belt and competes at national level. He attended the national finals in Manchester in 2019 and also helps train younger students at his club, TDO of Goole. 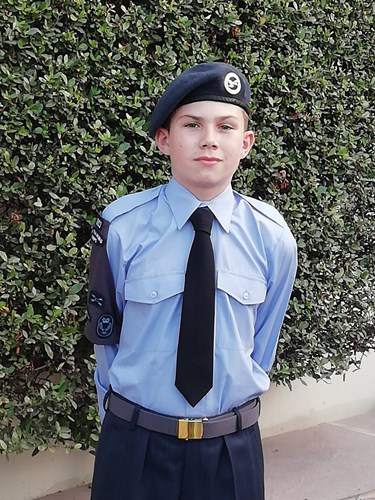 Also at age 5 Harry declared that he wanted to be in the RAF, an ambition that was fortified in 2019 when he joined 1053 Squadron Air Cadets. Since joining he has been promoted to corporal and is now an instructor cadet, once again showing his purpose and passion for helping others.

Harry is a quiet, reserved lad and has never sought the lime light, the fact that none of his teachers were aware of his Taekwondo sporting achievements shows he just gets on with it. 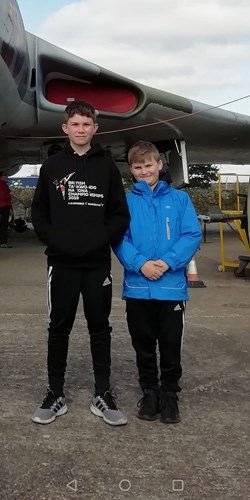 Leo, Harry's 10 year old brother, has been with him throughout this journey and is organising fundraising so he can help his big brother achieve his ambition of flying in a spitfire, visiting the battle fields of Normandy and going to the Scilly Isles as a family.

With your support we can make this happen for a courageous and resolute 14 year old and his family.

All donations will be passed to the family to support them with whatever they need. Harry has a team of supporters who are raising funds by any and all means, including bake sales, Football Cards and sponsored challenges like Tough Mudder.

We have lots of fundraising ideas and will be looking at more to help Harry achieve the things he wants to do.

Thank you for your support and Donations.