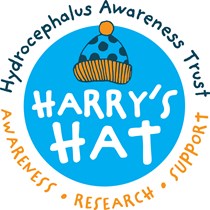 Weʼve raised £2,360 to launch Harry's HAT Charity. We have now smashed the target but you can still help by donating here.

Just before Harry was born we heard the words nobody wants to hear…There is a problem with the baby and it's serious.

At 36 weeks, a routine scan revealed a huge arachnoid cyst in Harry’s head. At first, we were told the worst. Shortly after, it seemed like we had beaten the odds- the doctors said he was fine. Sadly, that was short-lived, and at 8 weeks Harry had a shunt (which goes into his brain and drains the excess fluid into his tummy) fitted in his head. Harry is now 1, and in that short time he has endured 4 brain surgeries, numerous hospital visits and rides in big blue flashing ambulances.

Since his diagnosis, we have spent a lot of time in hospital, often at specialist centres away from family, his beloved siblings and friends. We have had great care, but have quickly discovered that the NHS is broke! Harry has hydrocephalus as a result of his cyst and will need his shunt for life. Since we were hurled into this world, we have found that Shunts haven’t really developed since they were first invented 60 years ago. In addition, there seems to be very little research into arachnoid cysts (the cause of the hydrocephalus)- so we want to change this.

We have also come across lots of lovely medical staff who want training in the field of hydrocephalus, but as the NHS’s piggy bank is empty, they simply can’t. We want to help those who want to learn as there simply aren’t enough front-line staff who understand how to help Harry and children like him.

Finally, being Harry’s Mummy and Daddy is an honour. However, we can get a bit lonely and a bit scared sometimes. There are some great charities out there but none which focus purely on hydrocephalus. We want to meet and help others like us.

To do this, we need a bob or two. To set up Harry’s charity; 'Harry’s Hydrocephalus Awareness Trust', and to do it properly, will take resources which we don’t have. We want to develop a good interactive website to encourage people to invest. We want a logo and some branding so that funders know we are serious, and we need to make sure we get all the legal bits in place to ensure we are playing by the rules.

Therefore, if you can help get Harry’s Hydrocephalus Awareness Trust (Harry's Hat!) up and running and help us to help heads like Harry’s, we would be very grateful.

Ps. If we exceed our target then the money will be kept until we are able to launch Harry's charity- it'll then go straight into the charity's funds.