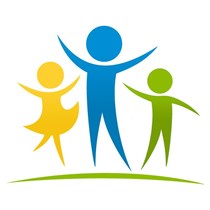 On September 8th 2019, Eamonn and Lee will be taking part in the Great North Run with the goal of raising as much money as possible towards four local children who attend our nurseries in the South Tyneside area.

This will be the third time they will have participated in the Great North Run to raise money towards helping children who need additional support. They have previously raised over £1000 for four year old Carter who suffers from Spina Bifida and who previously attended Harton Village Kindergarten. This year they are running to help raise money for a child from each of our nurseries who have additional needs or require extra support:

Harry who suffers from Unicoronal Craniosynostosis, a condition where the left side suture in his skull had fused together prematurely.

Summer who was born with an extra chromosome.

Sophie, who struggles with social communication and whose family would like to raise awareness for this difficulty.

Harriet who was diagnosed with Cystic Fibrosis at just 5 days old.

Their fundraising efforts are supported and helped by the chef at Harton Village Kindergarten, Colin, who is better known as The Big Pink Dress and who himself has raised over £118,000 for charities.

All the money raised will be going directly towards the families in the hope of making a positive impact on their lives and providing them with much needed help and support that the children need to have their brightest future.