Weʼve raised £8,724 to We have smashed our £200,000 goal! Any additional money raised will go to phase 2 of the project.We will update this page soon with details

The skatepark on Hayling is falling apart, the ramps are badly corroded and full of holes, the tarmac is pitted and uneven and several of the ramps have been removed after they became unsafe. The council can't afford to repair or rebuild it, so without our help it will soon be closed for good!

We have set ourselves the ambitious goal of raising £200,000 for a fantastic new skatepark and have already managed to raise £183,968 so far with lots of amazing support! 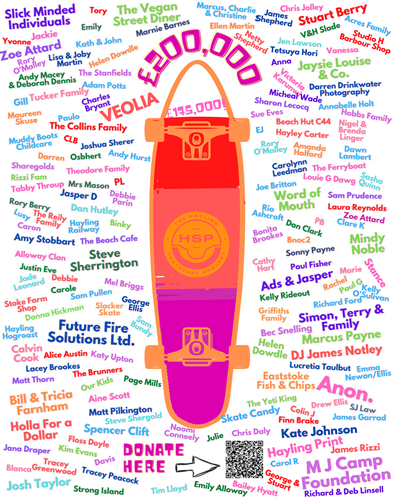 We have been given the go-ahead by Havant borough council to rebuild the park as soon as the funds are in place, so please donate today and let's get Hayling a fantastic new skatepark!

For full details of the campaign read on...

It's knackered. Here are some photos taken in June 2020 so you can see for yourselves. It's actually much worse than this now, as the main drive through has been completely closed off and three of the four quarter-pipes are being removed as well. 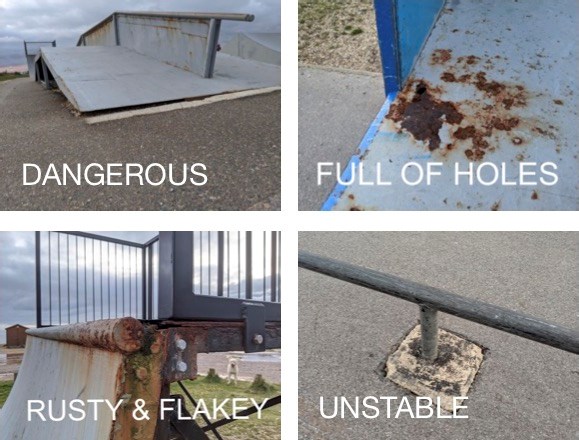 Many other local towns in Hampshire have had nice new concrete parks built in recent years such as Bridgemary in Fareham, Petersfield, Winchester, Totton to name but a few, however Hayling has been left behind.

Concrete parks are better for lots of reasons, such as being more fun to ride, safer, quieter, require less maintenance and even look much nicer compared to the current eyesore on the seafront. 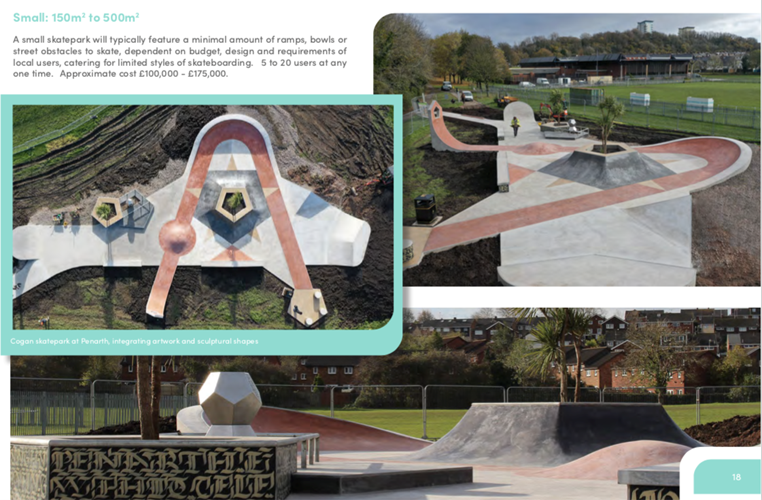 This one at Exmouth almost looks like an architectural sculpture, it's curves and lines would look great in a beachfront setting.

How would a skatepark benefit the community?

Skateboarding, riding a scooter or BMX are all great forms of exercise, but the benefits a skatepark bring to a community run much deeper than that.

Many lifelong friendships are forged at the skatepark where people help and support one another, something which has never been so important as during these difficult times, where many people feel isolated and alone. 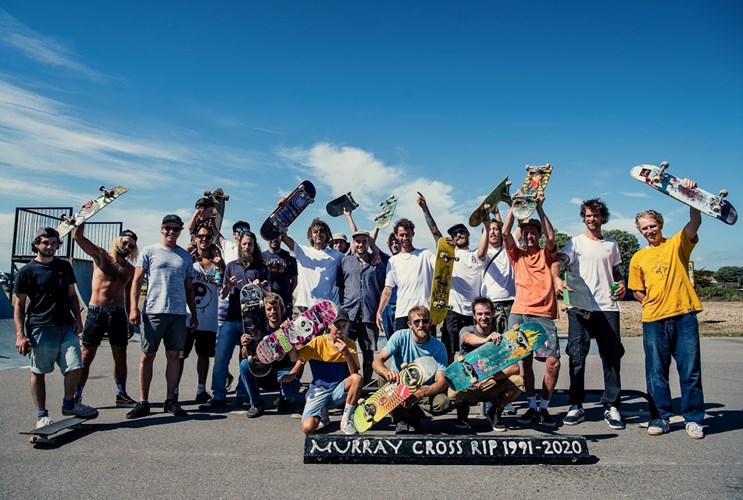 Skateparks are for everyone! There is no class divide at the skatepark, because having the most expensive board doesn't help you kickflip any better than someone with a cheap one from Argos. It brings kids from different backgrounds together both to create ambition and to keep us grounded.

Many young people have launched successful careers in photography, film and other creative industries after making skate videos with their friends at the skatepark. Others started clothing companies after screen printing T shirts for their crew. Although you may not think it, they are often the crucible where many business ventures and ideas are born.

The new kids on the block

Now lots of the guys who petitioned for the original skatepark back in 1997 have their own kids and bring them to the park to learn to ride a BMX or scooter and want them to benefit from they same experiences they did. 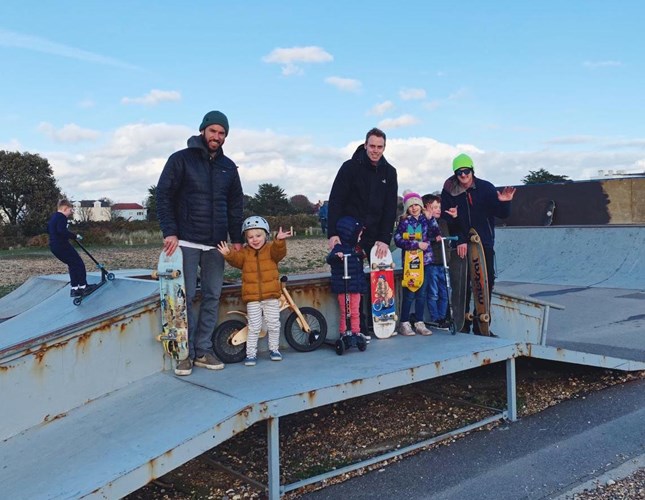 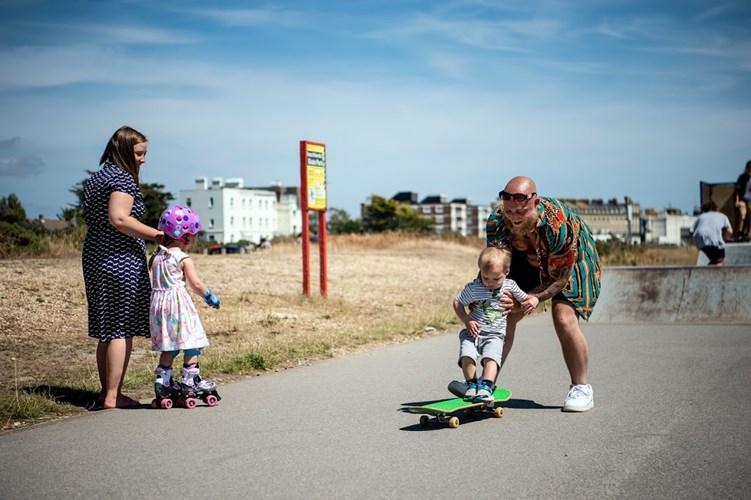 A call to action

To get the ball rolling we formed a community group bound by a constitution, we have a membership of around 100 local residents, we have a democratically elected board, as well as a fundraising bank account. It's about as legit as you can be without registering as a charity.

To create a focus for our efforts we've met with several skatepark builders and have been given an estimate of £200,000 to build a fantastic new concrete facility, so that's our goal. Havant Borough Council are a key partner and are supporting us from a planning perspective. We have the support of the regeneration team and have been told that if we can raise the money, then we can get a new park. Simple!

What we've achieved so far

We have already raised an astonishing £183,968 which is a testament to the support this project has within the community.

In addition to our public campaign, we are also working hard behind the scenes applying for every grant scheme we can find so we hope to top up our community fundraising.

If you'll forgive the Trumpism, please help us by donating whatever you can today, no matter how small, so we can build a fantastic new skatepark for generations to come.