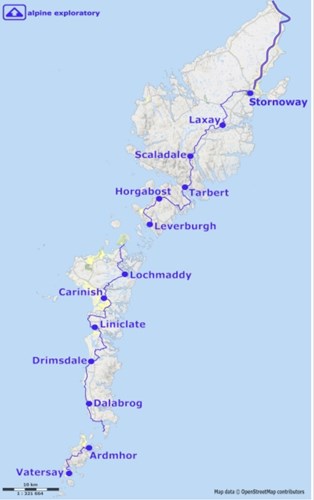 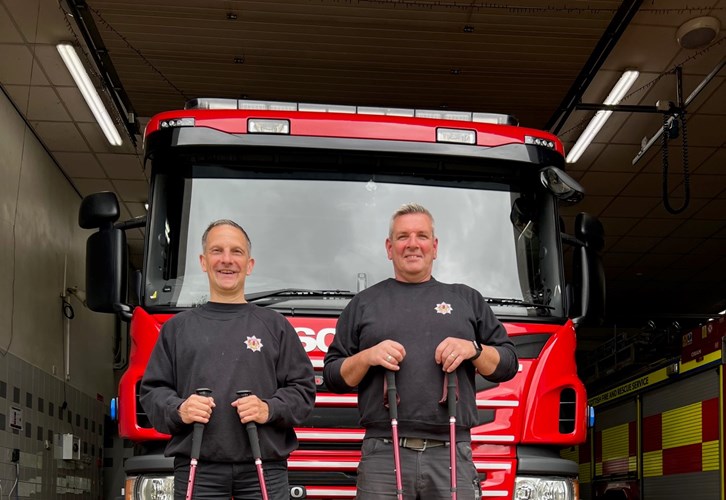 Thank you for taking the time to visit our page. We are two firefighters from Oban, Dougie Black and Jamie Watson. We have decided to set ourselves the challenge of walking The Hebridean Way, 185 miles over 10 days.

The Hebridean Way is 185 miles along the length of the Outer Hebrides, from Vatersay in the south to Stornoway in the north. The route crosses 10 islands, linked by 6 causeways and 2 ferries. We will be crossing a variety of different terrains, passing over rugged hills, across beaches and seemingly empty moorland.

MND (Motor Neurone Disease) Scotland: Sadly in 2020, Dougie's cousin, Brian MacDonald, a firefighter in Glasgow, lost his fight with MND aged 43, so this charity is one close to Dougie's heart

MND is a rapidly progressing terminal illness, which stops signals from the brain reaching the muscles. MND Scotland is the leading charity in Scotland providing care and support to people affected by MND, as well as research into finding a cure. https://www.mndscotland.org.uk/

The Eilidh MacLeod Memorial Trust: Eilidh MacLeod was 14 years old from the Isle of Barra and was tragically killed as a result of the Manchester Arena Bombing Attack on 22nd May 2017. This charity was set up to advance the musical education for children and young people within rural areas, working with small charities, educational bodies and community groups across the UK. https://www.eilidhstrust.org.uk/about-us

We will keep everyone updated on social media of our progress. We would very much appreciate any support in trying to reach our target. Many thanks Dougie & Jamie.